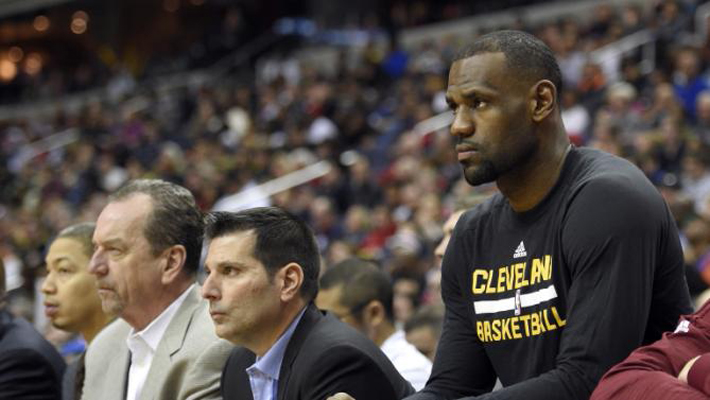 With seemingly every loss this season, somebody somewhere has suggested that it’s time for the Cleveland Cavaliers to push the panic button.

Thursday night’s fourth-quarter collapse at Brooklyn against a team already with more than 50 defeats can’t simply be shrugged off as one of those things that happens toward the end of an 82-game grind. But as humiliating as the outcome was, the Cavs still went into the weekend with the top record in the Eastern Conference and the third-best mark overall.

That doesn’t mean there aren’t problems which ought to be addressed before the playoffs commence next month. Some have been allowed to fester for most or all of the season. Some are more recent developments. And one has become sort of the elephant in the room which you’re damned if you do discuss and damned if you don’t.

So let’s take a clear, calm and rational look at what LeBron James, Kyrie Irving and company can do in the weeks ahead to help avoid postseason disappointment:

1. Restraint on the Threes, Please 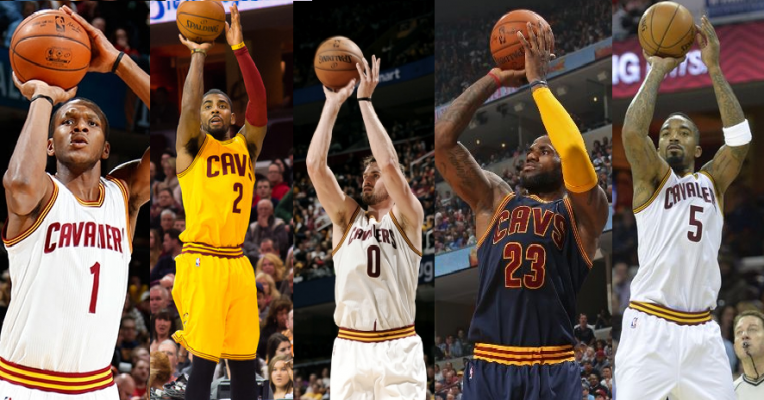 That being said, look at the list of teams which they have beaten while shooting 30 percent or worse from long range: Sacramento, Milwaukee, Brooklyn, Chicago, Philadelphia, Dallas, New York (three times), Miami, Houston and Denver. Except for the Miami Heat, none of them are a certainty to be around when the regular season concludes.

What was most inexcusable about their losses to the Brooklyn Nets and Utah Jazz is that while the Cavs were taking 80 three-point attempts, they shot a combined 15 free throws. You don’t want to take away what makes Kevin Love, J.R. Smith, Matthew Dellavedova and Channing Frye valuable, but with both James and Irving continuing to struggle from that distance, trying to impersonate the Golden State Warriors might not always be a wise course of action.