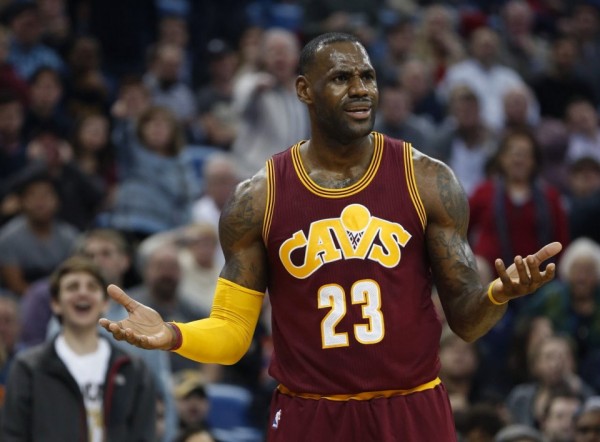 When LeBron James sat out Saturday’s game versus the Miami Heat due to rest, it was previously thought that it was a mutual decision.

That may have not been entirely the case as Joe Vardon of Cleveland.com reports. Vardon states that Cleveland Cavaliers head coach David Blatt had to “force the issue” to get James to sit out Saturday’s game versus the Heat. Vardon also cites the Cavs had planned for James to sit out this game back in early November:

“In early November, Cleveland.com reported that the Cavs were plotting spots on the schedule where they could sit James in attempt to keep him fresh for another postseason run, without missing too many regular-season games.

“This game, the second night of a ridiculous, back-to-back set, where the first one in New Orleans started Friday night at 9:30 eastern time, and with two days off following the Miami game, was the first candidate for James to potentially sit out, according to a team source.”

Vardon continues to say that the four-time MVP was not thrilled with the concept of having to sit out while healthy:

“James is indeed healthy, a source said, and ‘that’s why he wasn’t thrilled with the concept’ of sitting out.”

It’s worth noting that Saturday’s game versus the Heat was the second game of a back-to-back set. The 30-year-old small forward played 45 minutes in Friday night’s overtime loss to the New Orleans Pelicans. Had that game not gone into overtime, it’s certainly plausible Blatt could have changed course and allowed James to play in Saturday’s matchup in Miami.

James had previously spoke of his desire to play all 82 games this season, something that he had never accomplished during his 12 prior years in the NBA.

After sitting out Saturday night’s game versus Miami, that goal won’t become a reality in 2015-16.