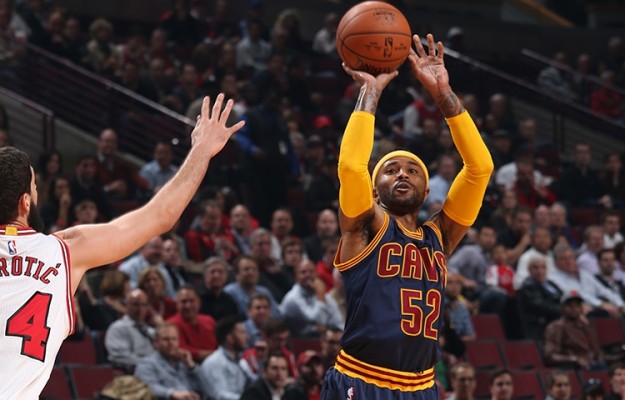 After sitting out the past three games with an injury to his right ankle, Cleveland Cavaliers point guard Mo Williams will return to the team’s lineup for Wednesday night’s road game against the Toronto Raptors.

The positive news of Williams’ return, which was reported by Chris Haynes of the Cleveland Plain Dealer, was tempered with the report of fellow point guard Matthew Dellavedova being listed as questionable for the contest. Dellavedova has been nursing a calf injury of late, and his status will be a game-time decision.

Despite having Williams sit out three games, the Cavaliers were able to win all three contests in home victories over the Milwaukee Bucks, Atlanta Hawks and Orlando Magic, respectively, to raise their season record to 11-3. For the season, the veteran is averaging 15.5 points and 5.3 assists per game.

Williams has served as the team’s starting point guard since the beginning of the season while the Cavs wait for regular starter Kyrie Irving to return from a fractured kneecap that he suffered in last year’s NBA Finals. Irving is expected to return sometime next month, though the original diagnosis had his return pegged for January.

Cleveland head coach David Blatt had indicated after Monday night’s victory over Orlando that had Irving and Williams been healthy, Dellavedova would not have played. If Dellavedova is unable to play against the Raptors, Jared Cunningham will likely back up Williams.