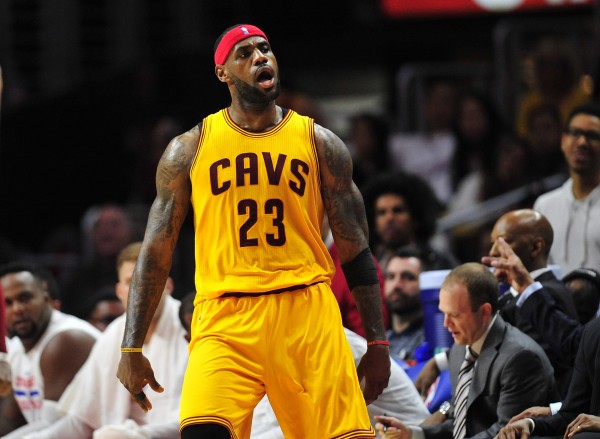 If the opinions of NBA general managers mean anything, the Cleveland Cavaliers are set to win their first NBA title next June, while LeBron James is poised to capture his fifth Most Valuable Player (MVP) award.

Those projections were part of the 49 questions for NBA.com’s 10th annual survey of general managers, with 53.6 percent of them choosing the Cavaliers as the team that will be hoisting the Larry O’Brien trophy at the NBA Finals.

The three teams chosen below the Cavs were the San Antonio Spurs at 25 percent, the defending champion Golden State Warriors at 17.9 percent and the Oklahoma City Thunder at 3.6 percent. Last season, 46.2 percent of this contingent selected the Spurs, who ended up being upset by the Los Angeles Clippers in the first round of the Western Conference playoffs.

Given their support among the entire league, it shouldn’t be surprising that 96.6 percent believe that Cleveland will be the Eastern Conference representative in the finals. The Chicago Bulls make up the small amount of support (3.4 percent) remaining.

For MVP, James was tabbed on 39.3 percent of the ballots, followed by Anthony Davis of the New Orleans Pelicans at 25 percent. Kevin Durant of the Thunder and James Harden of the Houston Rockets were the only other players to receive double-digit support, each of them capturing 10.7 percent of the votes.

In the poll, James, who was also named the league’s best small forward, remained the player that forces the most adjustments from opposing coaches. This year, that number is at 62.1 percent, a drop from last year’s 76.9 percent.

One area that James saw a drop in support this year was in the top player to start a franchise with category, since last year, he led this category at 50 percent. This year, he managed just 6.9 percent, dwarfed by Davis, who was named on 86.2 percent of the ballots.

Other areas that were covered show James to be considered the best leader (44.6 percent), while coming up runner-up to the Clippers’ Chris Paul in two categories. In a ranking of the best passers, James (10.7 percent) finished a distant second to Paul, who snagged 71.4 percent of the vote.

The other category might spark some debate among Cavalier fans, since 46.4 percent of the GM’s believed that Paul was deemed to have the best basketball IQ, compared to the 35.7 percent that chose James.

Finally, assistant coach Tyronn Lue finished second in a ranking among the best NBA assistants, being named on 20.4 percent of ballots, compared to the Golden State’s Ron Adams at 24.1 percent.

The GM’s couldn’t vote for their own players, while some questions were not answered by all executives.

cleveland cavaliersfeaturedlebron jamesnews tickerTyronn Lue
← Previous Story Kevin Love on Return: ‘My Body Felt Better Than It Has in a Long Time’
Next Story → LeBron James and Michelle Obama Team up to Promote Higher Education