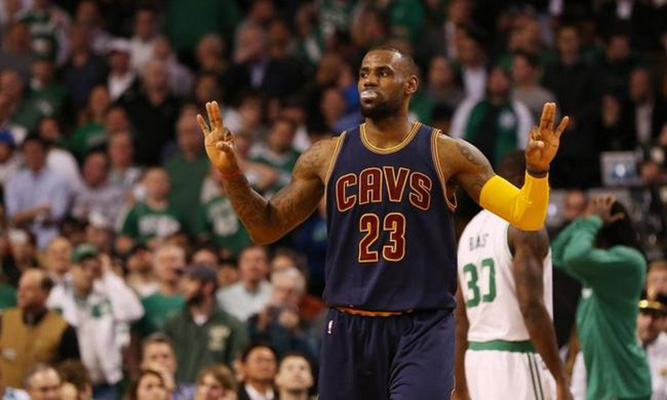 Less than two weeks before the start of the 2015-16 season, and the debate over who will garner the Most Valuable Player award is already heating up, with the Cleveland Cavaliers’ LeBron James the clear favorite to win the award, according to Las Vegas oddsmaker Bovada.

James, who has previously won the award four times, is listed as an 11-4 favorite by Bovada, followed by the New Orleans Hornets’ Anthony Davis at 4-1, Kevin Durant of the Oklahoma City Thunder at 11-2, the Golden State Warriors’ Stephen Curry at 6-1 and James Harden of the Houston Rockets at 7-1.

The only other Cavalier players to be noted on the list are power forward Kevin Love at 50-1 and point guard Kyrie Irving at 80-1. Both players’ odds would ordinarily be higher, but both are coming off of season-ending injuries, with Irving potentially not taking the court until January.

James previously won the MVP award during the final two seasons of his first stint with the Cavs (2009 and 2010). He then repeated that back-to-back effort as a member of the Miami Heat in 2012 and 2013, also winning the NBA Finals MVP award during each of those same seasons.

The Cavaliers are currently winding down their preseason and will officially begin the new season with an October 27 road game against the Chicago Bulls.