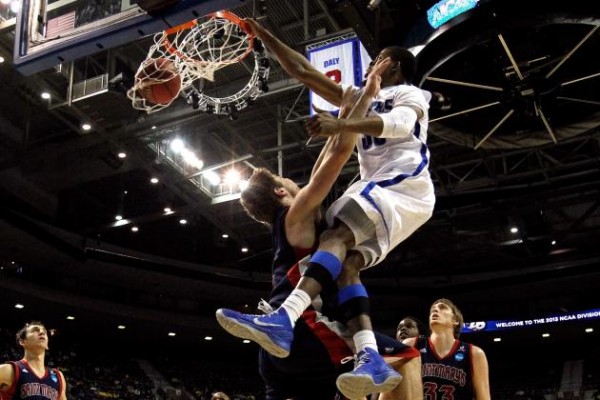 The filling out of the preseason roster for the Cleveland Cavaliers continues with news that free agent shooting guard D.J. Stephens has agreed to a training camp deal with the team.

Zach Links of HoopsRumors.com first reported the information on Tuesday morning, based on information from league sources. The 24-year-old Stephens went undrafted in 2013 after four years at the University of Memphis, but signed a 10-day contract in March 2014 with the Milwaukee Bucks. During that brief period with the team, he scored seven points in three appearances.

The 6’5″ Stephens has also competed overseas, playing a combined 25 games in 2013-14 for Ilisiakos BC of Greece and Anadolu Efes of Turkey. Averaging 23.8 minutes per game, Stephens notched an average of 8.4 points and 7.0 rebounds in his collective 25 games.

After being one of the final cuts of the New Orleans Hornets last October, Stephens signed with a Russian team, Zenit St. Petersburg. He started 28 of 31 games, which also included action in the Eurocup, and averaged 7.0 points and 5.1 boards in 22.7 minutes per game. In addition, his defense was on full display with 26 blocked shots and 21 steals.

That ability to block shots stems from Stephens’ amazing ability to jump, wowing those at the 2013 draft combine with a 46-inch vertical leap. That set a new standard in that category that has yet to be topped. As a senior at Memphis, Stephens was tabbed as the Conference USA Defensive Player of the Year.

Despite all of these platitudes, Stephens still faces long odds to make the team, with 13 guaranteed contracts standing ahead of him. However, if he’s impressive enough, he could garner a spot with the Cavs’ D-League affiliate Canton Charge.