Cavs News: Timofey Mozgov Expected to Be at Full Strength for Training Camp 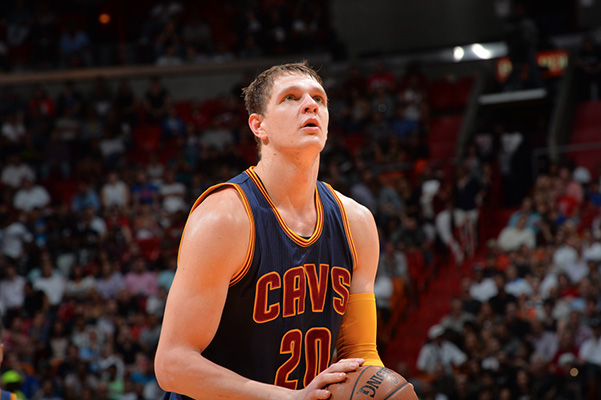 The thrill of last season’s playoff surge for the Cleveland Cavaliers was enough for the team’s starting center, Timofey Mozgov, to keep quiet about the knee pain that resulted in surgery just two weeks after the season had ended.

That news was from Terry Pluto of the Cleveland Plain Dealer, who noted that it was only in Mozgov’s exit interview after the season had ended that he mentioned the issue. According to Pluto, Mozgov didn’t want to complain about anything during the team’s run that ended two games short of an NBA title. The Cavaliers were apparently unaware of the problem since Mozgov never experienced any swelling during those troubles.

However, an MRI confirmed the presence of loose particles in his knee, and Mozgov underwent arthroscopic debridement surgery on his right knee at the Cleveland Clinic on July 1. The recovery process was expected to take six weeks, with Mozgov expected to be back at full strength when training camp begins later this month.

There was no drop off in Mozgov’s performance during those physical troubles, with his on-court product virtually mirroring what he had done during the regular season, averaging 10.6 points in both segments. On the rebounding side, Mozgov averaged 6.9 boards during his 46 regular season games before improving slightly to 7.3 rebounds per contest in his 20 postseason clashes.

During the postseason, Mozgov scored in double figures 10 times and collected five double-doubles, three of them coming in the NBA Finals.

Mozgov is entering the final year of a three-year, $14 million deal he had signed while a member of the Denver Nuggets in July 2013. He’s scheduled to make $4.95 million this year, and could be in line for a deal that would pay him $15 million per season for the 2016-17 campaign.