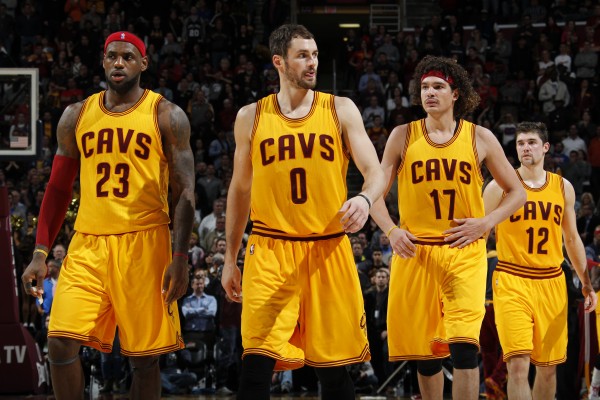 The Cleveland Cavaliers notched the Eastern Conference title last season, and it would appear they are primed to do so again this upcoming season.

In ESPN’s annual Summer Forecast, the panel projected the Cavaliers as the most likely team to be Eastern Conference champions. It wasn’t even a contest—the Cavaliers had 158 total points from voting, with the Chicago Bulls finishing as runner-ups with 53 total points.

Running away with the top spot, @cavs lead our Summer Forecast rankings of most likely East champs. #ESPNForecast pic.twitter.com/tFXU8vOHYD

ESPN also predicted the Cavaliers to finish with a 59-23 record—a six-game improvement over their 2014-15 record.

The Cavaliers return all of their core players from last season’s NBA Finals run with the exception of Tristan Thompson. The 24-year-old power forward remains a free agent as Cleveland and Thompson continue to negotiate a new contract.

Along with key pieces returning, the Cavaliers have also added Mo Williams, Richard Jefferson and Sasha Kaun. Both Williams and Jefferson are skilled veterans, while Kaun won a national championship as a senior at the University of Kansas in 2008.

Though Cleveland is in a state of stability, it doesn’t mean that things are perfect for the team. Kyrie Irving, widely regarded as the team’s second-best player, might miss the first few months of the season as he recovers from a serious left knee fracture suffered during the NBA Finals.

While things may not be perfect, the Cavaliers still have the best player in the world in LeBron James and enter the season with one of the most stacked rosters in the league.

Barring major injuries, it’s hard to envision Cleveland not being the best team in the East next season.