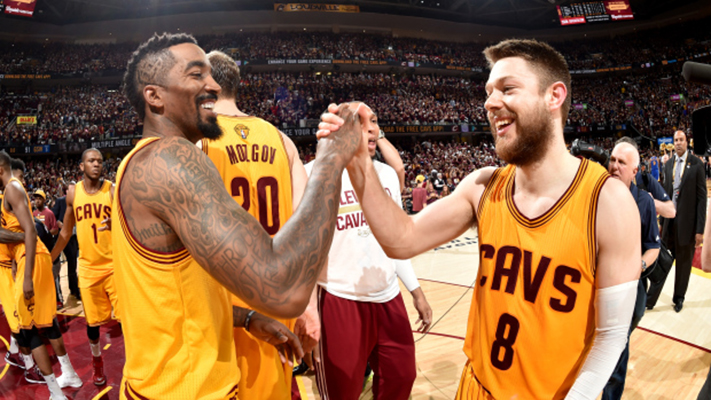 Reports have it that Cleveland and Dellavedova were progressing towards a multi-year deal worth somewhere between $3 million and $5 million.

The team has not given up on re-signing Smith. The veteran shooting guard has not been linked to any other teams since declining to pick up his player option worth $6.4 million for next season. Smith is looking for a slight pay raise and a multi-year deal.

Early indications are Cavs likewise have NOT abandoned JR Smith pursuit. They seem intent on keeping whole band together. And adding to it

Both players ended up becoming starters for Cleveland during the NBA Finals, helping the team come within two games of the first championship in franchise history. Though both players won’t be starters entering the 2015-16 season, the organization seems very intent on keeping all of the key pieces together from last season.

Considering Cavaliers Nation was deprived of how the team would have performed at full strength during the Finals, it only makes sense to bring the band back together for another run at the championship.