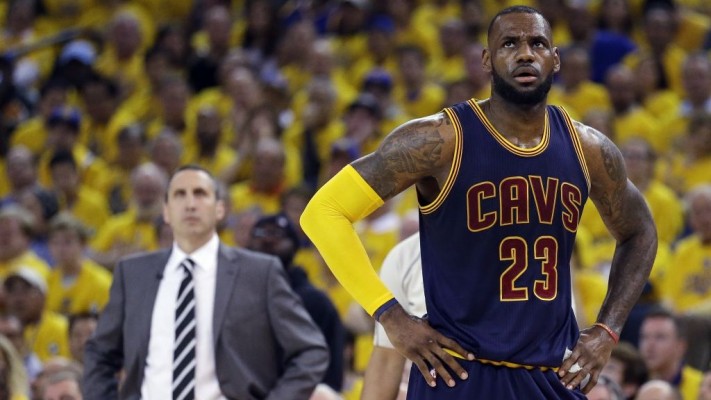 The Cleveland Cavaliers’ season may have ended short of a an NBA championship, but that doesn’t mean Head Coach David Blatt won’t be back.

Chris Broussard of ESPN reports that Blatt is “highly likely” to be back as the Cavs head coach for the 2015-16 season. During his first season as an NBA head coach, Blatt guided Cleveland to a 53-29 record and an NBA Finals appearance.

Despite season-ending injuries to both Kevin Love and Kyrie Irving during the postseason, the Cavaliers were able to muster a 2-1 series lead in the NBA Finals versus the Golden State Warriors. However, they dropped the last three games including Game 6 at Quicken Loans Arena in Cleveland.

While many would consider such a season an overall success, some players felt the first-year head coach had some deficiencies:

“The players feel this way: they like him as a person, but the veteran players saw some deficiencies. They saw he didn’t really make adjustments during games. They thought his defensive philosophy wasn’t good. It wasn’t until Tyronn Lue really took over defensively that they improved on that end.”

Amidst rumors that LeBron James “emasculated” Blatt frequently throughout the season, Broussard has stated that James would not get involved in who the Cavaliers pick as their coach. However, James believes that there are better coaches out there for the organization:

“LeBron James, how does he feel? He feels like there are better coaches out there to lead them to a championship with more NBA experience. Two of whom work here at ESPN: Mark Jackson and Jeff Van Gundy.

It has yet to be a full week since the NBA season came to a close, and the Cavaliers are already surrounded by drama following their NBA Finals loss.

Assuming both LeBron and Blatt are back for the 2015-16 season, the only way the Cavaliers are going to make the media quiet down about all of this drama is if they win the championship.