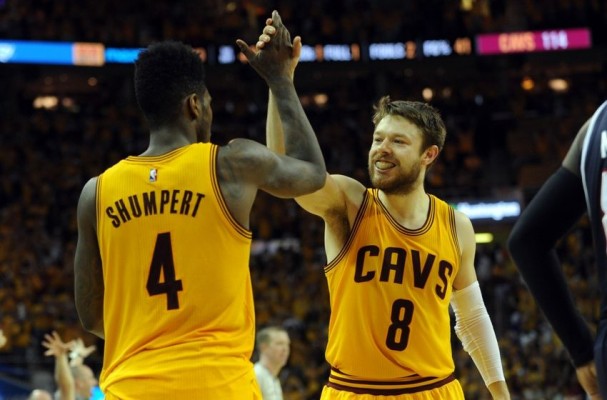 Just a couple of days after the end of the Cleveland Cavaliers’ season, we have somewhat of a clear picture of the direction the team wants to head into.

General Manager David Griffin addressed the media today and indicated that the Cavaliers will extend qualifying offers to restricted free agents Iman Shumpert and Matthew Dellavedova. Both players were a part of Cleveland’s starting lineup during their six-game Finals series loss to the Golden State Warriors.

GM David Griffin says that the #Cavs will make qualifying offers to both Iman Shumpert and Matt Dellavedova.. ..”We want them both back.”

While Dellavedova had his bright spots during the Finals, both players were underwhelming for the series as a whole. The undrafted guard averaged just 7.5 points on 28 percent shooting from the field and 23 percent from three-point range in 32 minutes per game. Shumpert was even worse as he averaged just 6.5 points while shooting below 26 percent for the series.

The two players have three options when it comes to the qualifying offers. They can either choose to accept it, negotiate a longer deal with the Cavs, or sign a deal with another team during free agency. If they choose to go with the latter option, Cleveland has the right to match any offer and retain their services.