LeBron James Says He Wants More Rest Down the Stretch 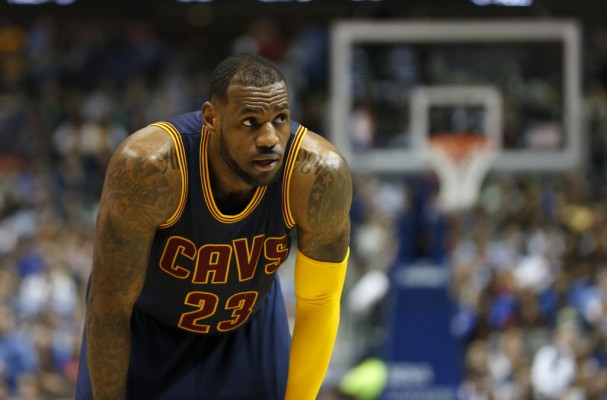 With 16 games to go in the regular season for the Cleveland Cavaliers after Thursday night’s matchup against the San Antonio Spurs, LeBron James is hoping to find a little more time to rest down the stretch.

In what can be interpreted as an expectation of a long playoff run, the 30-year-old James told the Cleveland Plain Dealer that the increased physical nature of playoff games, coupled with the mental pressures involved almost require getting as much rest as possible.

“I would love to get some more rest, especially going into the playoffs and knowing how important those games are,” said James, who ironically has played a career-low 36.1 minutes per game this season. In addition, he’s missed 11 games due to injury.

Any such move will likely be dependent on how quickly, if at all, the Cavaliers are able to clinch the second seed in the Eastern Conference. The top seed, held by the Atlanta Hawks, is just a few games away from being clinched.

One factor in getting James the rest he’s seeking is the fact that since his return from injuries in mid-January, his offense has injected new life into the team. The hope is a similar circumstance will take place in the postseason.

In recent weeks, James has been subjected to seemingly increased physical play from opponents, which has ratcheted up the aches and pains over the long season

The idea of giving James additional rest originated during training camp, when Cleveland head coach David Blatt indicated that the team was hoping to do just that during the course of the campaign.

However, the team’s slow start and James’ injury, which left the team saddled with a 19-20 record, forced the team into using him more than they had planned. Since January 15, the Cavaliers are 22-5.