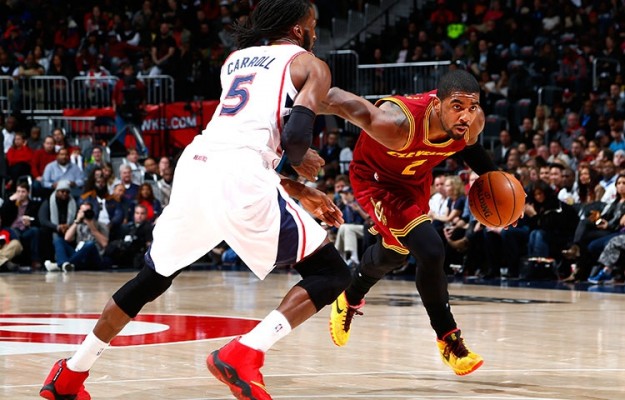 (Atlanta, GA) – Atlanta plays host to a potential Eastern Conference Finals preview on Friday as the Cleveland Cavaliers (39-24) visit Philips Arena to face off against the Atlanta Hawks (48-12).

The Hawks currently hold the advantage in the season series 2-1. The teams last saw each other on Dec. 30 when the Hawks downed a LeBron-less Cavs team.

The Cavs are entering Friday’s game fresh off of a win over the Toronto Raptors in a potential playoff preview. Cleveland coasted with the lead for a majority of the game before the Raptors made a run in the fourth behind who else but Lou “Cavs Killer” Williams.

Williams had five points through three quarters, and 21 in the fourth. Behind the offensive onslaught, the Raptors took the lead briefly in the fourth quarter but the Cavs, who have faced plenty of adversity so far this season, stayed unfazed.

“We have a great chemistry now. When teams are making runs we don’t panic. (We) call a timeout, run an offensive set, execute and get a stop, and make adjustments on the fly,” Kyrie Irving said after the win. “I feel like that will definitely benefit us going forward.”

Enter LeBron James, who decided the Cavs were not going to lose. In the fourth quarter, James scored 15 points on four of five shots including two of two from three-point range.

“I’m the leader of this team,” James reiterated after the win. “No matter what goes on, I’ve got to try to keep my composure, which I was able to do in the fourth quarter, and make some plays to help us win this game.”

LeBron ended the game with 29 points, 14 assists, and six rebounds. It was a dominant performance by James, who is making a late push in the MVP rankings.

The win pushes the Cavs’ record against the top teams in the East to 8-5 on the season.

At the top of the mountain, the Hawks are chugging comfortably and efficiently towards the number one seed in the Eastern Conference. With a 10-game lead over the rest of the powers in the East, it’s unlikely that the Hawks drop by the end of the season. Atlanta is still without swingman Thabo Sefolosha who is still recovering from a calf injury.

Keys to The Game:

With Sefolosha still out, the one and only thing standing between LeBron and total domination is DeMarre Carroll. Carroll is a solid player and strong defender, but he’s not on LeBron’s level. If LeBron can attack Carroll early, and get him in foul trouble, the Hawks’ entire defensive plan will crumble.

2. Stay in Your Lane

The Hawks offense is a machine. It’s not the type of thing you stop in the regular season with limited time to plan. They wait till you make a mistake and exploit it viciously and efficiently. The Cavs will need to play disciplined defense and keep everything in front of them if they hope to have a chance.

With the talent the Cavs have on their roster, they can often fall in love with playing hero ball. This will not suffice against the Hawks who are the second-ranked defense in the NBA this season. Move the ball, be patient, and work the mismatches. If the Cavs can do this, they have a good chance to even the season series.