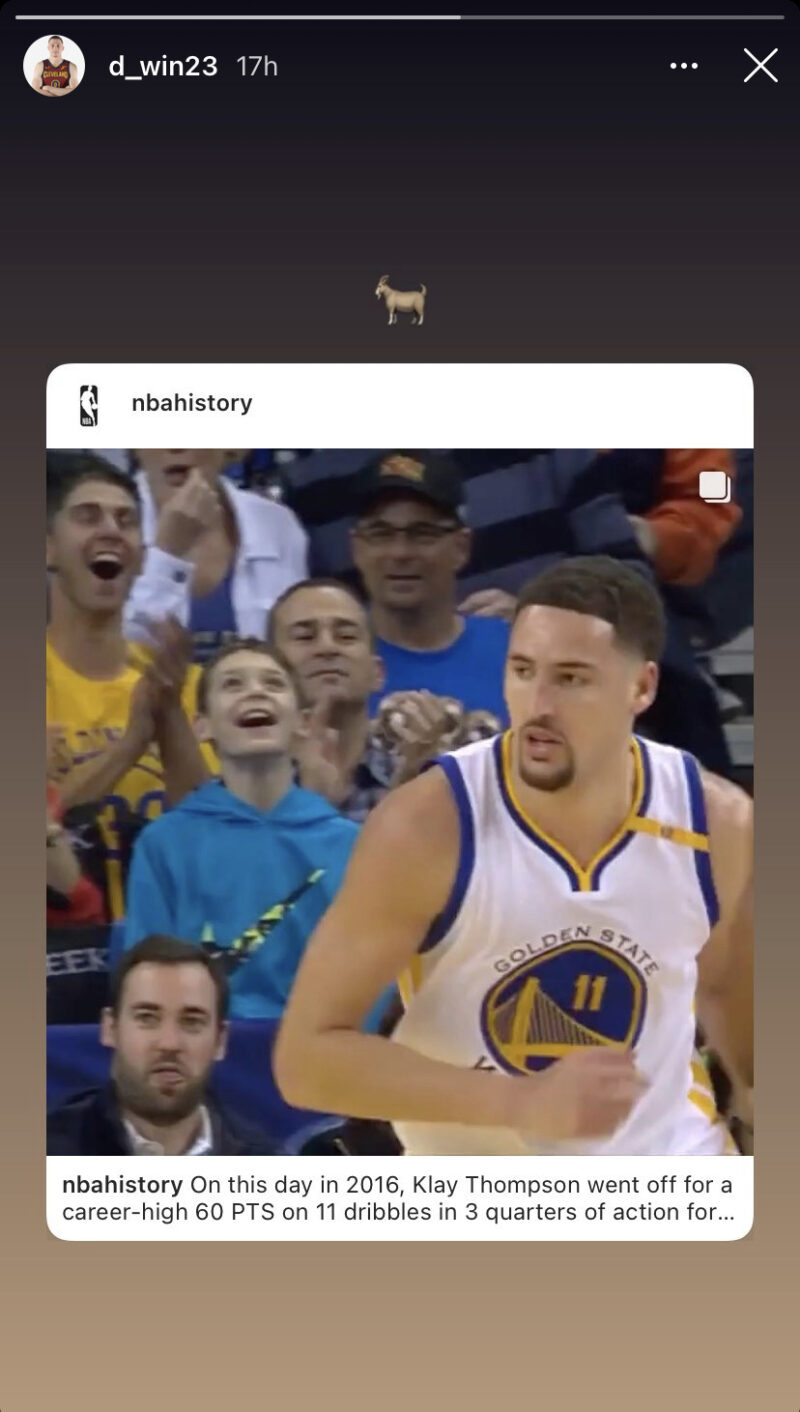 The emoji of a goat by Windler is meant to symbolize the term “G.O.A.T.” — an acronym for “greatest of all time” regarding Thompson’s effort on Dec. 5, 2016.

While not the highest-scoring game in basketball history, the performance put Thompson in the same category of a number of the greatest players of all time.

In that game, Thompson scored 60 points to help the Warriors rout the Indiana Pacers, 142-106. Playing just 29 minutes in the game, Thompson connected on 21-of-33 from the field, knocking down 8-of-14 from long range, while also hitting 10-of-11 free throws.

One incredible fact about Thompson’s performance is that it is an effort that can be overshadowed by another of his iconic games.

During a Jan. 22, 2015 contest against the Sacramento Kings, Thompson scored 52 points, including an NBA-record 37 in the third quarter.

Unfortunately, Thompson’s current status has him set to miss his second straight NBA season. Last year, it was due to a torn ACL suffered during the 2019 finals and was followed last month by the devastating news of an Achilles tear.

Windler knows what it means to miss a season of play as the 2019 draftee still awaits his first opportunity to play for the Cavaliers. Last season, he missed the entire year because of an injury.

Like Thompson, Windler has established a reputation for his shooting from beyond the arc and is no doubt hoping to match up with Thompson at some point next season.