Wade offered information about the brief discussion with Wade while taking part in a Bleacher Report AMA (Ask Me Anything). At the time, Sexton was in the midst of a bumpy rookie year, while Wade was busy concluding his Hall of Fame career and exchanging jerseys with players across the NBA. 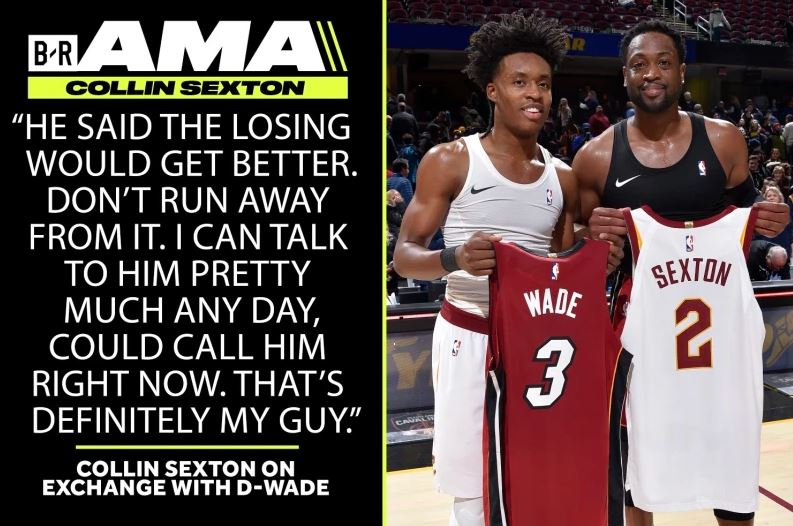 During Sexton’s first two seasons as a member of the Cavaliers, the team has only managed to win 19 games during each season.

Sexton’s performance has improved since his early struggles, with the Cavaliers hoping that he can take another big step forward when next season gets underway.

Over those two seasons, Sexton has averaged 18.5 points, 3.0 assists and 3.0 rebounds per game, numbers that he was able to surpass on a number of occasions this past season.

Sexton came close to being teammates with Wade, with the University of Alabama product arriving in Cleveland less than five months after Wade was traded to Heat in February 2018.

The work ethic of Sexton is such that he appears committed to following Wade’s advice, which is good news for the Cavaliers and offers hope for the team’s future.