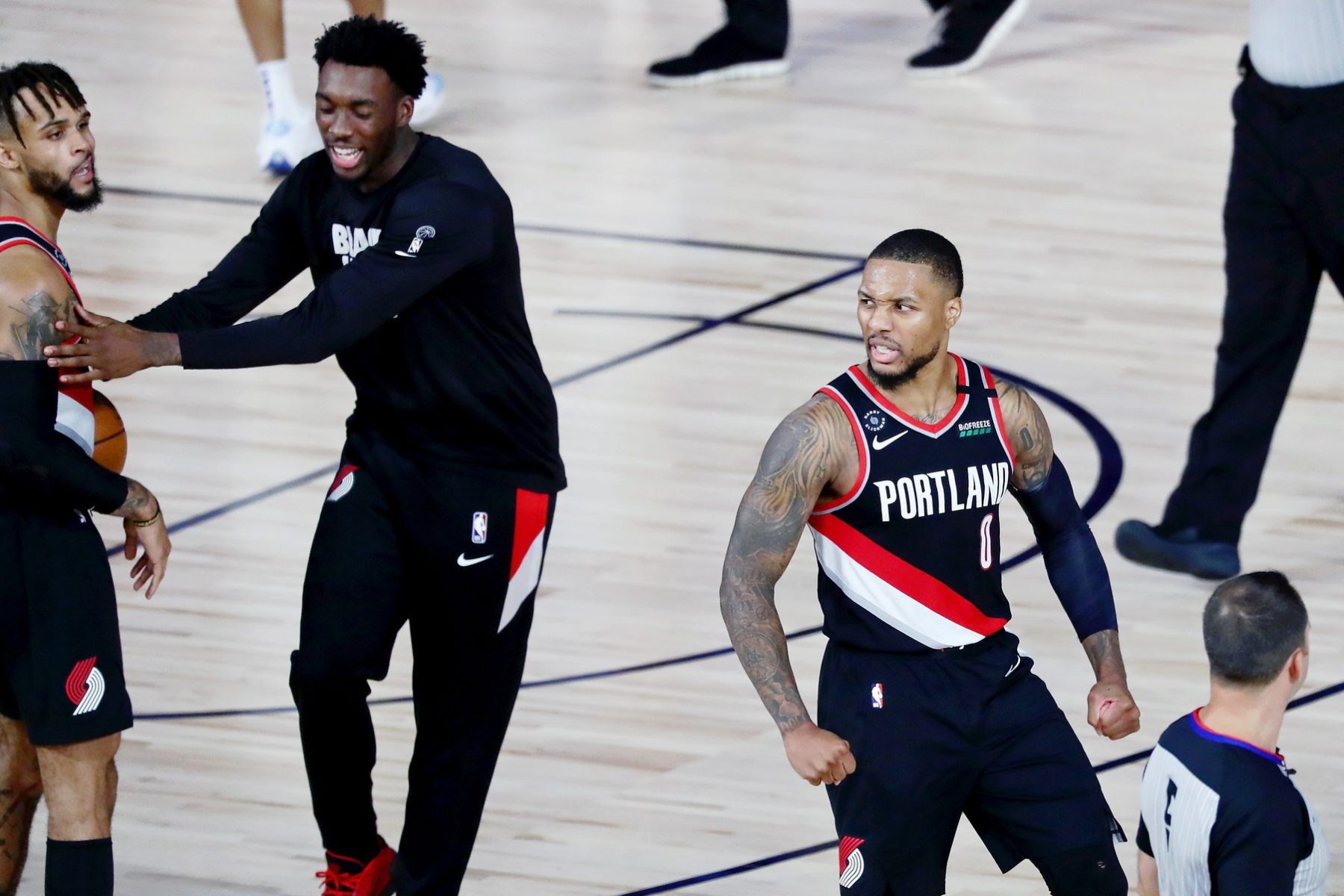 Damian Lillard is on a rampage, and it has put his Portland Trail Blazers on the verge of qualifying for the NBA’s play-in tournament.

With 61 points in a 134-131 win over the Dallas Mavericks, he joined Wilt Chamberlain as the only player to have three 60-plus point games in the same season.

The Cleveland Cavaliers’ Kevin Love couldn’t help but express how impressed he was with Lillard’s exploits.

Dame is on another level man…sheesh!!!!

Coming off a trip to the Western Conference Finals, the Blazers started the season 5-12, despite the presence of Lillard and fellow backcourt bombardier C.J. McCollum.

But the team righted the course enough to get invited to the league’s bubble site, and it has taken full advantage of its opportunity so far.

In the Blazers’ previous contest, Lillard also went off, pouring in 51 points on 16-of-28 field-goal shooting in a 124-121 victory over the Philadelphia 76ers.

Unfortunately, Cavs fans may feel a twinge of jealously watching him, as the team had a chance to select him in the 2012 NBA Draft but instead went with Dion Waiters.