Report: J.R. Smith and Tristan Thompson Being Asked to Interview for 30 for 30 on 2016 Cavs 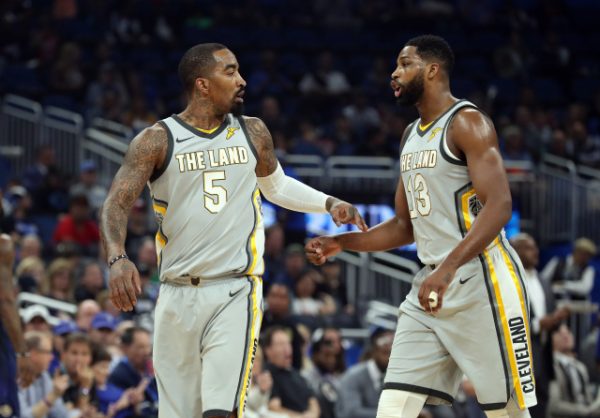 The Cleveland Cavaliers broke a 52-year championship drought for the city of Cleveland by winning the 2016 NBA Finals against the Golden State Warriors.

As Cavs fans very well know, Cleveland overcame a 3-1 deficit against the 73-win Warriors in one of the greatest upsets in sports history.

Now, it appears as if ESPN is planning to make a documentary about the Cavs’ title run, as J.R. Smith and Tristan Thompson reportedly have both been asked to interview for a 30 for 30 documentary.

JR Smith and Tristan Thompson said that they have been asked to do interviews for the 2016 Cavs 30 for 30. They declined until they know they are getting paid for it

Thompson and Smith both played key supporting roles to superstar LeBron James in the Cavs’ comeback.

Smith scored in double figures in the final three games of the series, while Thompson had a monster performance in Game 6, totaling 15 points and 16 rebounds.

While most of the 2016 title team has broken up, a documentary commemorating the historic performance would be must-watch television.

There is no doubt that Cavs fans would enjoy an inside look at the comeback that brought so much joy to the city.