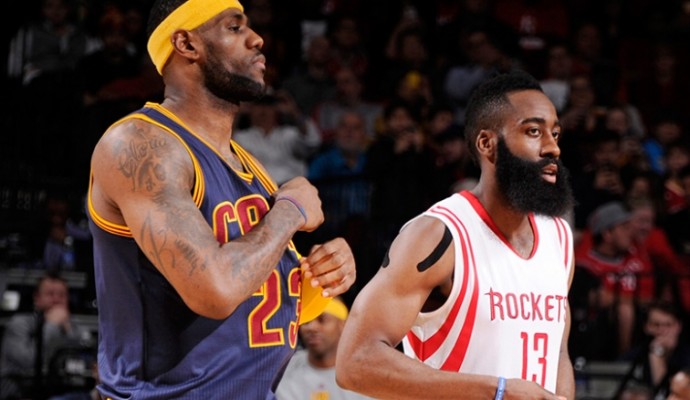 From 2015 to 2018, the Cleveland Cavaliers and Golden State Warriors met in the NBA Finals for four straight seasons.

Apparently, the Cavaliers had actually hoped to face the Warriors instead of their Western Conference Finals opponent Houston Rockets in the 2015 NBA Finals, according to former Cavaliers big man Kendrick Perkins.

“When we was watching the Western Conference Finals, I was like, ‘Man, I want to play the Rockets,'” Perkins told the Runnin’ Plays podcast. “‘I think we’ll sweep the Rockets. I really don’t want to play Golden State.’

“But everyone in the Cavs organization kept saying, ‘No, we want Golden State.’ And I kept saying, ‘Nah, there’s something about this team, man. I’m telling y’all, I don’t really want to play them.'”

While Perkins thought that the Rockets would’ve been easier opponents than the Warriors, the rest of the Cavaliers thought otherwise.

The Warriors indeed proved to be a tough matchup as the Cavaliers succumbed to them in six hard-fought games, in spite of LeBron James’ herculean effort.

In the Finals series, the Cavaliers had to play without All-Stars Kevin Love, who suffered a shoulder injury during the first round of that year’s playoffs, and Kyrie Irving, who left late in the first game of the Finals due to a knee injury.

Against a healthy Warriors, the Cavaliers did not have enough firepower to overcome the eventual champions.