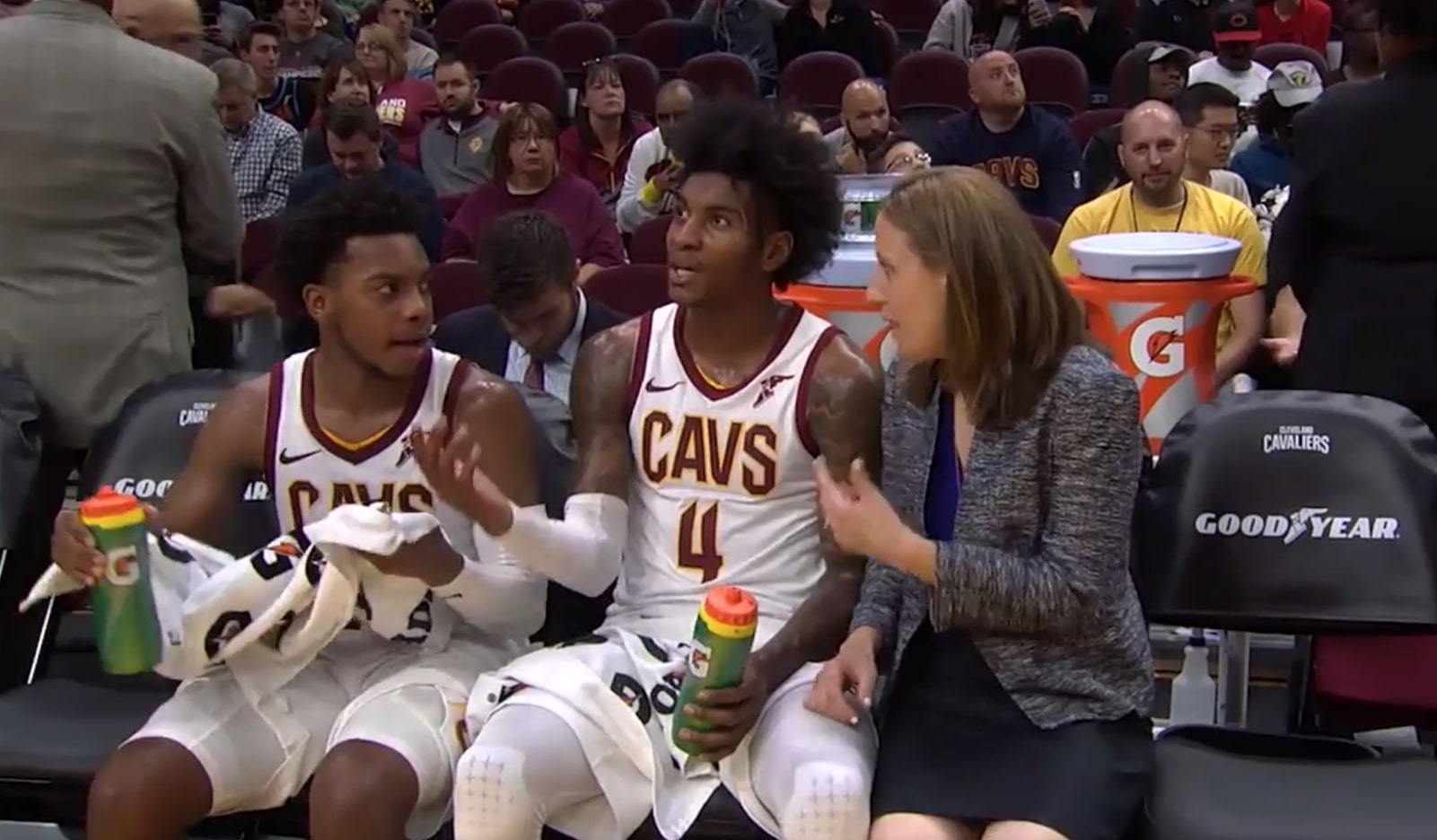 Chris Fedor of Cleveland.com looked at how Gottlieb has been able to bond with Cavaliers players in her first season as an assistant coach.

In the case of Porter Jr., his shoe deal with Puma allows him to personalize the sneakers he wears. To recognize International Women’s Day on March 8, he inscribed the names of eight women on his sneakers.

That group included both Porter Jr.’s mother, Ayannah, and Gottlieb, a gesture that struck an emotional chord with the young coach.

“I was trying not to cry in front of everyone when he showed them to me,” Gottlieb said. “It was amazing. The whole move to this level, going to the NBA, the thing I worried about most was, ‘What if it doesn’t feel the same? What if what I love about coaching I’m not able to do in the NBA?’ And I think pretty quickly those fears went away when I met these guys.”

The 42-year-old Gottlieb does have plenty of coaching experience, having earned her stripes while working with the women’s program at the University of California, Berkeley.

As a female coach in the NBA, Gottlieb is in a select group of women who serve in a coaching capacity. Despite having no previous NBA experience prior to her hiring last year, she’s quickly shown herself to be a valuable staff member.

Yet, establishing credibility in the male-dominated NBA wasn’t a guarantee when Cavs general manager Koby Altman hired her last offseason.

Luckily, connections with players like Porter Jr. have helped erase any doubts regarding her ability to get through to the athletes.

With the Cavaliers continuing their rebuilding of the franchise, the evolving roster will require Gottlieb and her colleagues to establish connections with new arrivals.

The early returns show that she now is well-equipped to handle that role.