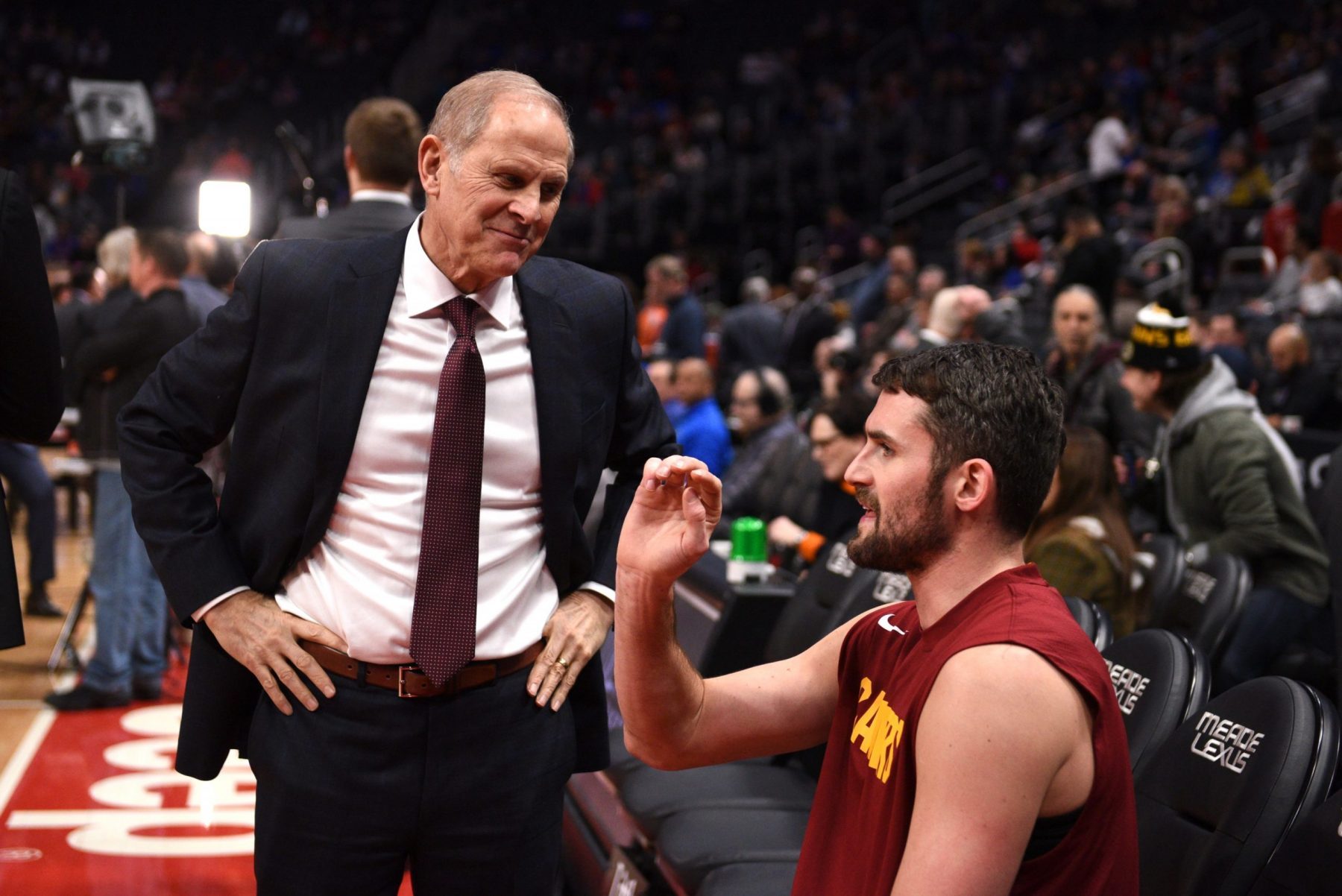 It’s no secret that it’s been a tough season for John Beilein.

Now that Beilein has officially resigned as head coach of the Cleveland Cavaliers, Kevin Love had a little bit of praise for him.

John Beilein met with #Cavs players today to explain why he was stepping aside. “It takes a real man to do that,” Kevin Love says.

Beilein had been a highly accomplished college basketball coach for many years before joining the Cavs. He is one of a handful of coaches to take four different schools to the NCAA Tournament, as well as one of only six Division I coaches with 700 or more career wins.

But he had issues during his brief stint as an NBA coach. Beilein had a tendency to treat his players as if they were in college and a tendency to yell and scream at them when things weren’t going well.

At one point, Beilein attracted criticism for calling his players “thugs” during a film session.

It’s historically been tough for college coaches to make the transition to being an NBA head coach, partly because of the immense power pro ball players have. Whereas in the college ranks, the coach and program are the main power center.