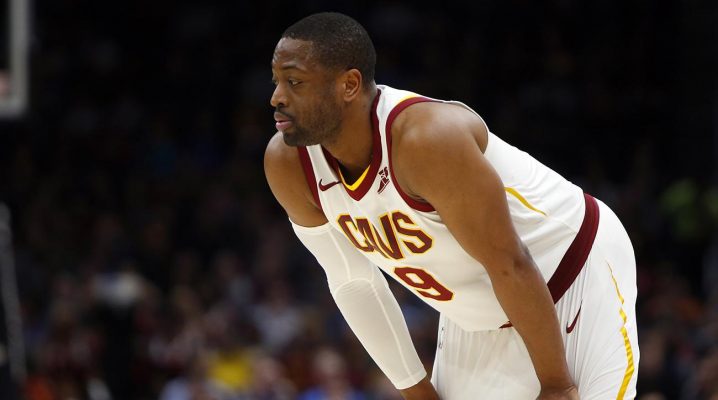 Dwayne Wade’s career as a member of the Cleveland Cavaliers lasted only 46 games during the 2017-18 season, though he made clear recently that during that brief span of time, his mind was decidedly elsewhere.

Barry Jackson of the Miami Herald looked at aspects of an upcoming documentary on Wade that explores his life and career, primarily as a member of the Miami Heat. Wade makes clear that his short stint with the Cavaliers wasn’t terribly memorable.

“When I was in Cleveland, I was like a zombie. I was there but I wasn’t physically there,” Wade said.

His tenure with the Cavaliers came after he was bought out of his remaining contract with the Chicago Bulls when the team began a rebuilding project in 2017. Wade had signed with Chicago, his hometown, the year before after failing to come to a new contract agreement with the Heat.

During Wade’s 46 games with the Cavs, he started only three contests after having started a vast majority of his games up to that point.

Wade delivered solid numbers to a Cavs lineup that had undergone some severe offseason changes, most notably the trade of Kyrie Irving to the Boston Celtics.

Despite averaging 11.2 points, 3.9 rebounds, and 3.5 assists per game that season for the Cavs, Wade was traded back to the Heat at the trade deadline as part of a huge midseason overhaul of the Cleveland roster.

That allowed Wade to close out his career as it began, in a Heat uniform. His “One Last Dance” retirement tour served as one of the highlights of the NBA’s 2018-19 season.

Despite the lack of enthusiasm that Wade now expresses about his time with the Cavaliers, it will always be part of his legacy.

The Wade documentary will be shown on ESPN on Feb. 23.