Report: Draymond Green Urged Warriors to Take Advantage of Cavs Arguing Amongst Themselves 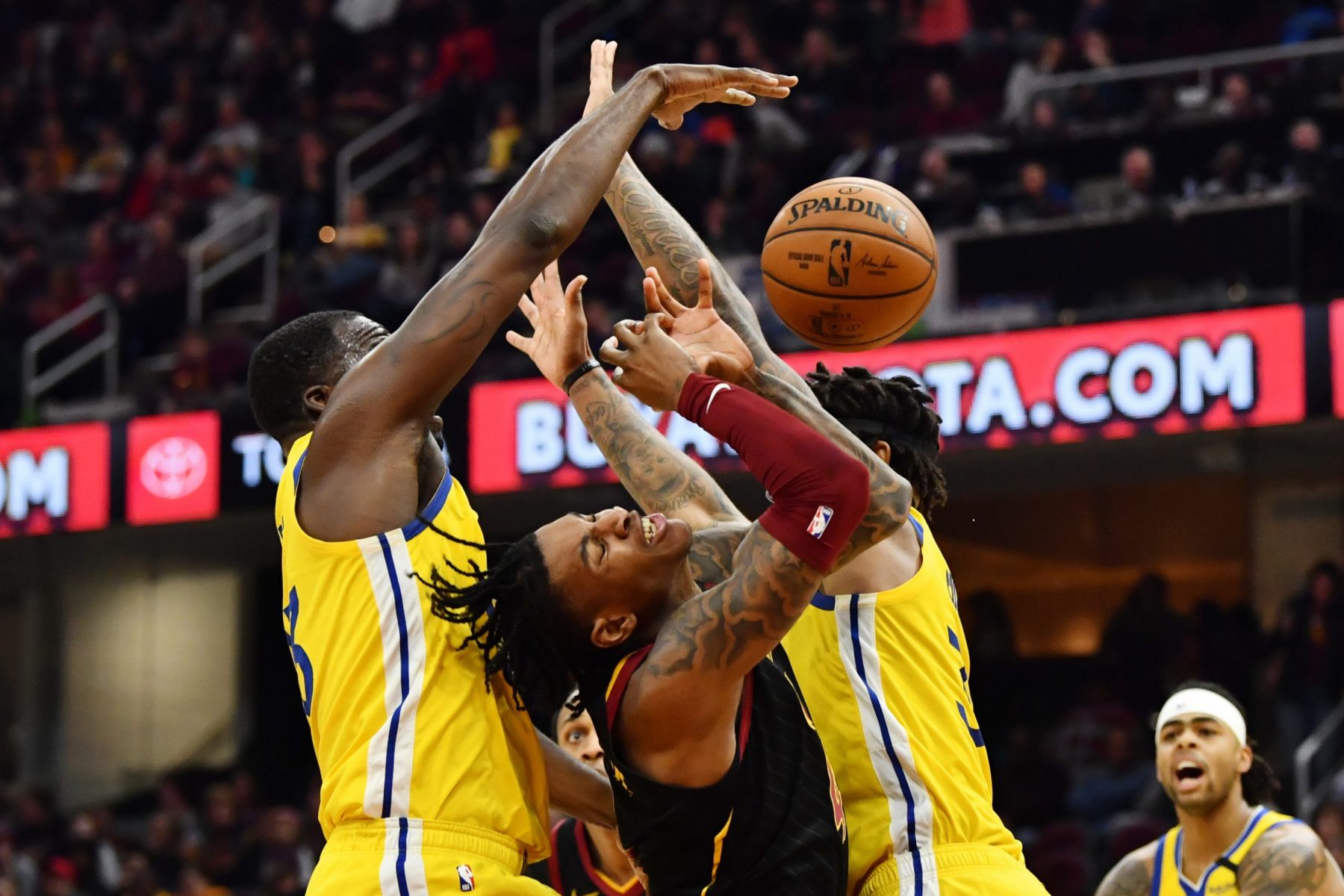 The struggles of the Cleveland Cavaliers continued on Saturday with a 131-112 loss to the Golden State Warriors, a defeat apparently aided by their own infighting that was exploited by Warriors veteran forward Draymond Green.

Anthony Slater of The Athletic looked at how Green led a 9-0 run late in the first half and used that surge to inspire his younger teammates like Glenn Robinson to go for the kill after the break.

“Green had five assists in the final five minutes of the first half. He had three in the final 80 seconds, a vintage point forward stretch that sent the Warriors into halftime on a 9-0 run, suddenly up two,” Slater wrote. “Then, when he got to the locker room, Robinson said Green delivered a message to his young teammates. Shark mode had been activated. He smelled Cleveland blood.

“’That this team (the Cavaliers) were kind of arguing in the first half, a little frustrated with each other,’ Robinson said of Green’s words. ‘So step on their necks.’”

Prior to that run, the Warriors had trailed 59-52.

However, once they began the third quarter with a two-point lead, they blew the game open by outscoring the Cavs 44-19 in the period.

Green, who’s long been a villain in the eyes of many Cavaliers fans, thrived on the booing he received from the crowd. That motivation and the Cavs’ continuing woes were a recipe for disaster and sent John Beilein’s team to its 10th loss in its last 11 games.

As bad as the Cavaliers have been this season, the Warriors still have the worst record in the NBA at 11-39.

In the case of the Warriors, key injuries have been devastating to a team that’s played in five consecutive NBA Finals and won three league titles.

The Cavaliers will next be in action on Monday night when they host the New York Knicks.