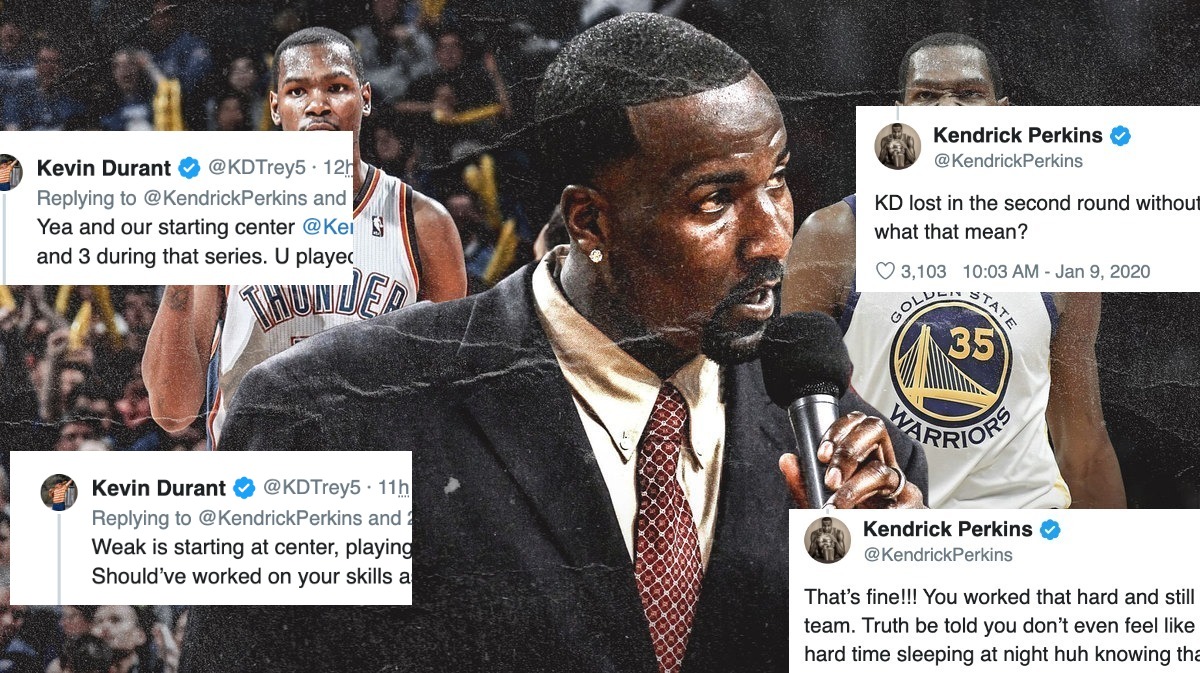 On Thursday, Russell Westbrook made his first trip back to Oklahoma City as a member of the Houston Rockets.

To celebrate that return, former Cleveland Cavaliers center Kendrick Perkins sent out his lofty opinion of his former teammate via social media.

In about 30 minutes I’m going to give my opinion on @SportsCenter on why Believe that Russell Westbrook is the best player to have ever put on a Oklahoma City Thunder Jersey!!! He is MR. THUNDER!!!

When Perkins was pushed to admit that Kevin Durant was in fact the best Oklahoma City Thunder player ever, the former big man did not budge.

KD lost in the second round without Russ when I was there. So what that mean?

Durant then caught wind of the conversation and engaged Perkins in what became an epic Twitter argument.

Boy stop you did the weakest move in NBA History!!! Up on a team 3-1 in the western conference finals and then go join them the following season?! Heart of Champion right there

That’s fine!!! You worked that hard and still had to go join a 73-9 team. Truth be told you don’t even feel like a real Champ, you have hard time sleeping at night huh knowing that you took the coward way out!!!

Perkins played with both Westbrook and Durant on the Thunder for three and a half seasons. He was originally acquired from the Boston Celtics midway through the 2010-11 season to add some muscle and toughness to what was a young and inexperienced Thunder squad.

With Durant and Westbrook evolving into elite players, the Thunder reached the NBA Finals in 2012, only to lose in five games to the Miami Heat.

At the time, it was thought to be the first of several trips to the championship series for them, but it wasn’t meant to be.

When the Thunder blew a 3-1 series lead to the Golden State Warriors in the 2016 Western Conference Finals, it was the end of an era for Oklahoma City.

Durant fled as a free agent to Golden State, and Westbrook endured three more fruitless seasons in Oklahoma City until being dealt to Houston.