Former Cavs Player in Destitute State, Appears to Be Homeless in Latest Photo 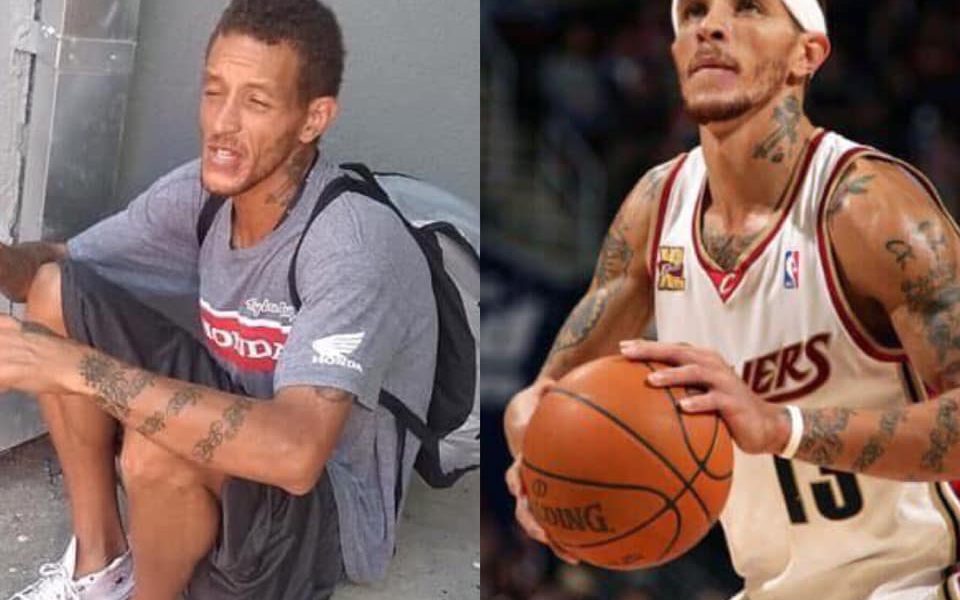 Former NBA guard Delonte West played for the Cleveland Cavaliers between 2008 and 2010, with his time on the team marked by controversies connected to mental health concerns.

A decade later, those problems remain, with a recent photograph apparently showing West homeless and in a destitute state.

The sad circumstances of West’s apparent plight were presented on Twitter.

West entered the NBA as a first-round pick of the Boston Celtics in 2004, the 24th overall selection. He spent three years with the Celtics before being dealt in June 2007 to the Seattle SuperSonics in the trade that sent Ray Allen to Boston. Just eight months later, the Sonics sent him to the Cavaliers.

During his time with the Cavs, he was arrested on weapons charges in 2009 after being stopped on his motorcycle for carrying multiple guns, shotgun shells and a knife. He also had unexplained absences as well as time missed during a training camp to deal with mood disorders.

In addition to those concerns, he was also the subject of an ugly rumor involving an alleged relationship between himself and the mother of former Cavaliers forward LeBron James.

West denied such speculation and, in a 2015 interview with Cleveland.com, indicated that James helped save his life during the 2009-10 season:

“He sat with me in the locker room for like an hour and was rapping it up with me by giving me words of encouragement. Keep in mind, practice was still going on. He left practice and sat with me for a while, just keeping me company. He later walked me down the stairs and said, ‘D, I don’t know where you’re going or what you’re about to do, but I’ll be right here when you get back.’

“My spirits were so high at that point. I don’t know what would have happened had I left in the condition I was in prior. It’s a testament to the type of person he is.”

The apparent photo of West wouldn’t be the first time that he’s been spotted in this type of situation. Three years ago, he was seen wandering without shoes and in a hospital gown near a fast food business in Houston. That came one year after he had indicated that his problems were due to his struggles with bipolar disorder.

The subject of mental health in connection with the Cavaliers has taken on greater significance in the past 18 months since Kevin Love openly discussed his own struggles with depression and anxiety. The hope is that, in this case, West will soon be able to get his life back on track.