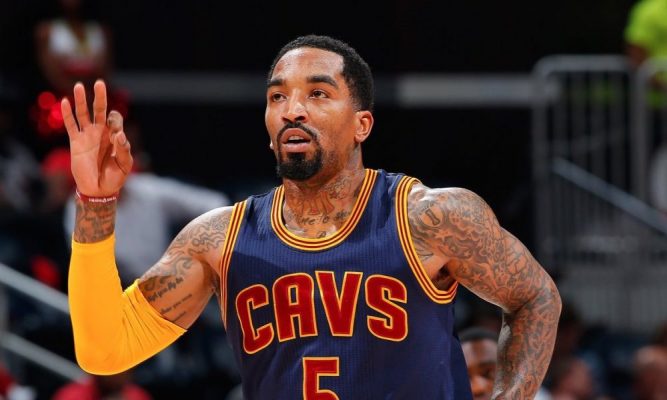 Former Cleveland Cavaliers shooting guard J.R. Smith is still unemployed, but his younger brother seems to have hinted at a potential destination for him.

In one of his recent Instagram stories, Smith’s brother, Chris, shared a photo of the Houston Rockets’ superstar duo of James Harden and Russell Westbrook. He added a caption that suggests a connection between the Rockets and Smith.

Whether Smith is currently in negotiations with the Rockets or his brother is just hoping to see Smith join forces with one of the most dynamic backcourts in the league remains to be seen.

The 3-pointer is a critical weapon in the Rockets’ arsenal. They are the league’s most prolific 3-point shooting team with 45.3 attempts per game. If Houston signs him to a contract, Smith should feel right at home in a Rockets uniform, jacking up shots from beyond the arc with regularity.

After four and a half seasons with the Cavs, the 15-year veteran could be rejuvenated by playing for a title contender once again.

He could very well be a solid contributor to a championship contender. The 33-year-old shooting guard is a terrific catch-and-shoot option for any team that is looking to improve its outside shooting.

cleveland cavaliersfeaturedHouston RocketsJ.R. SmithJames Hardennews tickerRussell Westbrook
← Previous Story Why Cavs May Be Team to Benefit Most From Stars Pulling Out of FIBA World Cup
Next Story → Former Cavs GM Says Zion Williamson Has Same Draw That LeBron James Had in Cleveland