What the Cavs’ Starting 5 ‘Should’ Look Like This Upcoming Season 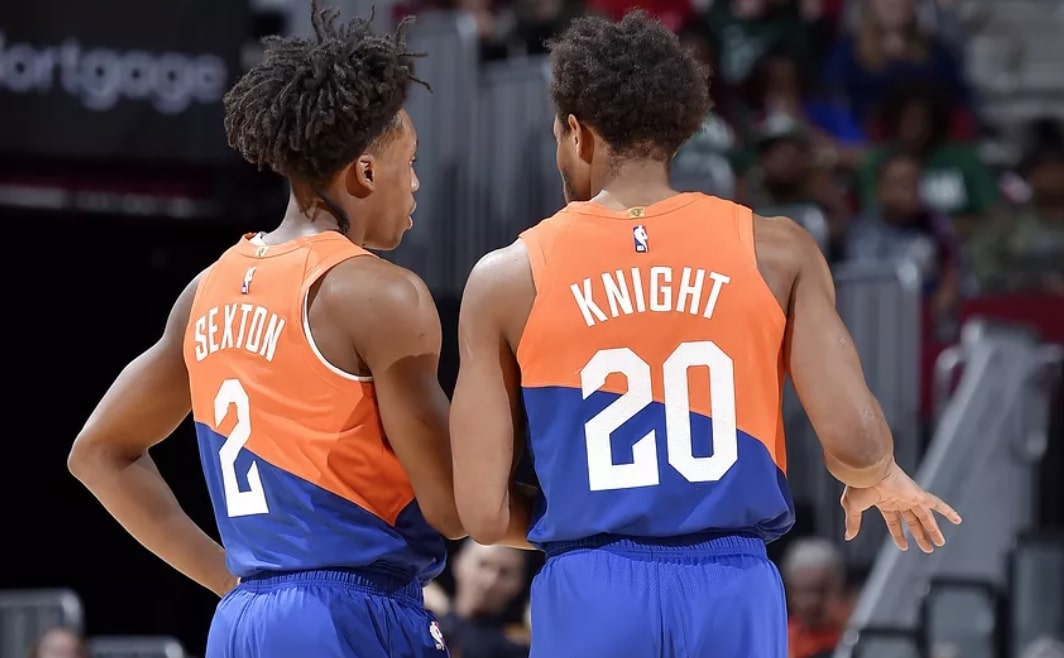 The start of NBA training camp may be about two months away, but it isn’t too early to speculate if any of the Cleveland Cavaliers’ three rookies will be in their starting lineup.

According to Joe Varden of The Athletic, the Cavaliers’ starting 5 will likely be Collin Sexton and Brandon Knight as the guards, Kevin Love and Cedi Osman as the forwards and Tristan Thompson at center.

Although the Cavaliers won a terrible 19 games in 2018-19, they were actually 7-7 when they started this lineup.

During NBA Summer League a few weeks ago, Garland and Porter Jr. did not play, which may complicate the task of predicting the team’s starting 5 come opening night in October.

As a point of reference, last season Sexton came off the bench for his first 10 games.

“It doesn’t make a difference,” said Beilein when asked which guard spot Garland or Sexton will play. “It really doesn’t make a difference. It’s a whole idea of positionless basketball. We will have two forwards, two guards and a big center. That will all depend on who we are playing, who is playing well, who is injured and hopefully we can just morph into whatever shape we need to take for games as time goes on.”