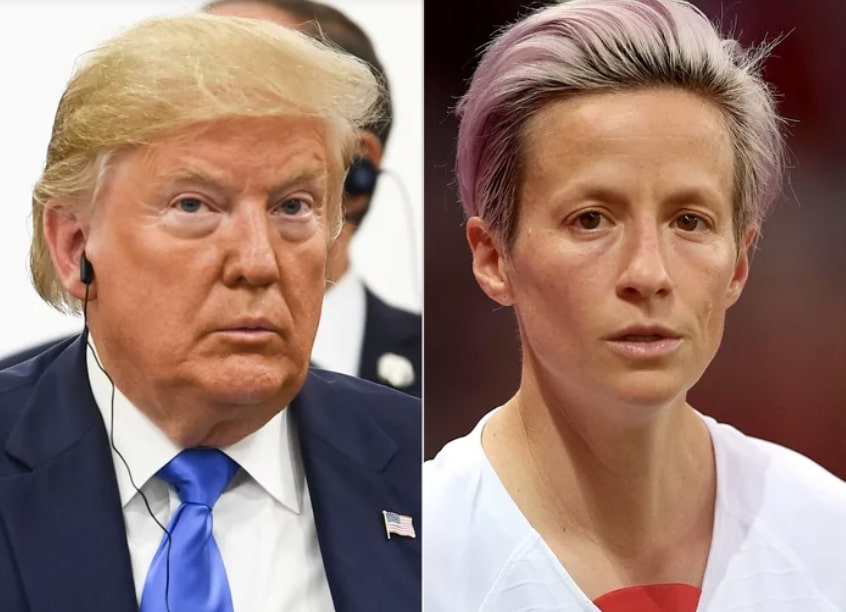 The United States women’s national soccer team brought home the World Cup trophy on Sunday with star player Megan Rapinoe winning the Golden Boot for most goals in the tournament.

That fact may anger President Donald Trump, who Rapinoe has been an outspoken critic of throughout the tournament.

The drama started when Rapinoe, who has become a national hero during this summer’s Women’s World Cup, said that she did not expect to be invited the White House if her team proved victorious in the World Cup. Even if they did receive a visit, Rapinoe was staunch in her position to not attend.

The response ushered in a flurry of responses across the political spectrum, with some heralding it as heroic and others dismissing it as unpatriotic.

Love is no stranger to criticism of the current U.S. president. His former teammate and Cavs star LeBron James clashed with Trump on several different occasions during his final few seasons in Cleveland.

Following the game, Trump did in fact take to Twitter to congratulate the Women’s national team on the historic victory. Though his opponents did note that he waited a full two hours before hopping on his favorite social media platform to announce the congratulations.

Rapinoe, unsurprisingly, has yet to respond to the message.