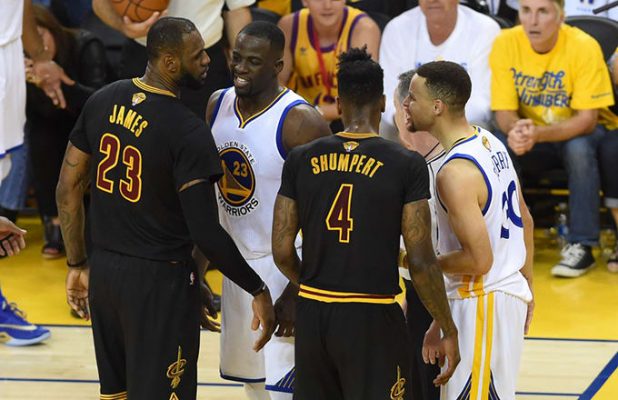 For the first time in four years, the Golden State Warriors faced a different opponent in the 2019 NBA Finals.

The Toronto Raptors took over for the Cleveland Cavaliers as the Eastern Conference’s representative. Of course, that had a lot to do with LeBron James transferring to the Western Conference when he moved to Los Angeles as a free agent last summer.

During that four-year run, Warriors All-Star guard Stephen Curry revealed that he has only one regret and it took place against the Cavs in 2016. He shared the infamous play with Sopan Deb of the New York Times who spoke lengthily with the two-time MVP.

“The only regret I do have is the behind-the-back pass I threw in 2016 in Game 7,” Curry said. “That’s literally the only regret I have in terms of how I’ve played, and that comes with wins and losses, right? I’m cool.”

With the championship on the line and only a few minutes left in Game 7, Curry flung an ill-advised pass behind his back to Klay Thompson that went out of bounds. Golden State only scored two points from there and promptly lost the game and the series, 93-89.

After a historic 73-9 record in the regular season, Curry’s squad was highly favored to win the championship in the postseason. But they blew a 3-1 lead as Cleveland came roaring back to win the title in historic fashion. No team had ever come back from a 3-1 deficit in the Finals and won previously.

Despite that loss, the Warriors would go on two win the next two championships with the addition of Kevin Durant, while the Cavs would only win one game in their two subsequent Finals appearances.