Don't Miss
Home / Rumors / Report: J.R. Smith Is ‘a Lock to Be Traded’ Before or During Draft

Report: J.R. Smith Is ‘a Lock to Be Traded’ Before or During Draft 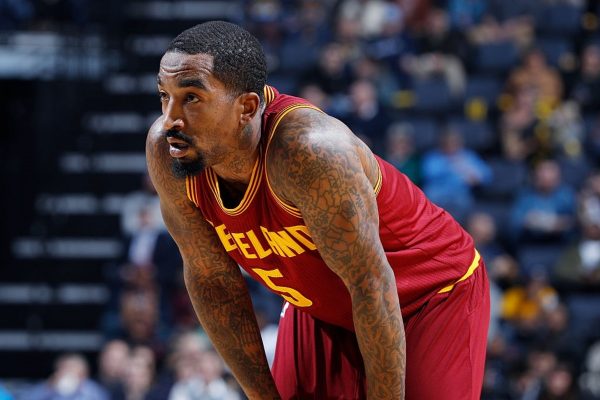 The 2019 NBA Draft is fast approaching with general managers and executives busy at work to improve their teams either through selecting new talent or making trades.

One of the prime targets in the trade market either before or during the draft is likely going to be Cleveland Cavaliers guard J.R. Smith.

According to a report, the 15-year veteran could be headed to another team quite soon.

One player almost all NBA folks believe is a lock to be traded before or at the draft: JR Smith.

Cavs can deal Smith to take on bad money and pick up another draft pick, while the acquiring team waives him for just under $4M. One of the last grandfathered tradable partials left.

A team could go under the cap by dealing for Smith in the next few days. His contract is a unique asset that the Cavs can use to acquire another draft pick or a talented young player who can become part of the team’s future.

Cleveland.com’s Chris Fedor describes what teams can do with a contract like Smith’s.

“If the mercurial shooting guard, who has been exiled from Cleveland since November, gets waived by the end of June, a team could either leave the $3.8 million on its cap for the 2019-20 season or stretch it, spreading the guaranteed money across three years at a rate of $1.29 million,” Fedor explains. “Either way, it’s no longer a contract that’s detrimental. Quite the opposite. His contract has plenty of appeal to cap-strapped teams looking to shed salary in the final days before free agency.”

Smith signed a four-year deal worth $57 million with Cleveland shortly after they won a championship in 2016. He fell out of favor with the Cavs at the start of the 2018-19 season, playing in only 11 games before they shut him down in November after becoming a distraction to the team.