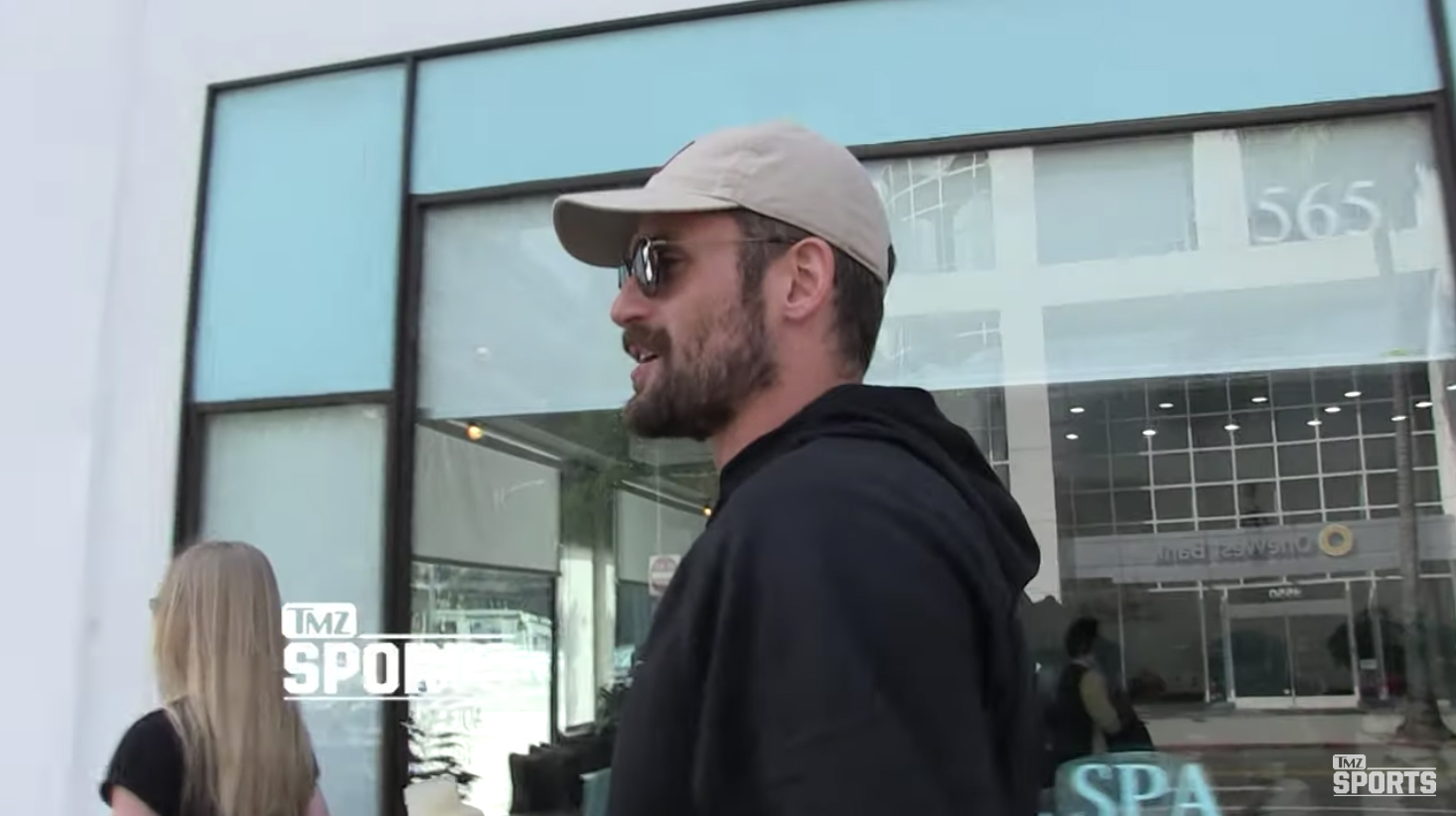 Kevin Love was in Los Angeles to hang out with his sister when TMZ Sports caught up with him to find out what his thoughts were on a variety of issues.

One of the more intriguing points of the conversation was about his own future as a member of the Cleveland Cavaliers.

Would the 6-foot-10 power forward be open to leaving Cleveland?

“Nah, I’m saying I have four more years left on my contract,” Love said, suggesting that his focus is on staying a Cavalier for as long as the franchise wants him.

Asked what he thinks when he finds his name in trade rumors, Love seemed at peace knowing that he has no control over them.

But as the TMZ reporter pressed the five-time All-Star about possibly joining forces with his former teammate, LeBron James, to play for the Los Angeles Lakers, Love surprisingly responded positively.

Love’s response doesn’t necessarily mean he plans to leave Cleveland for Tinseltown anytime soon. After all, he is quite familiar with the city after playing in L.A. during his lone collegiate season, leading the UCLA Bruins to the Final Four in 2008.