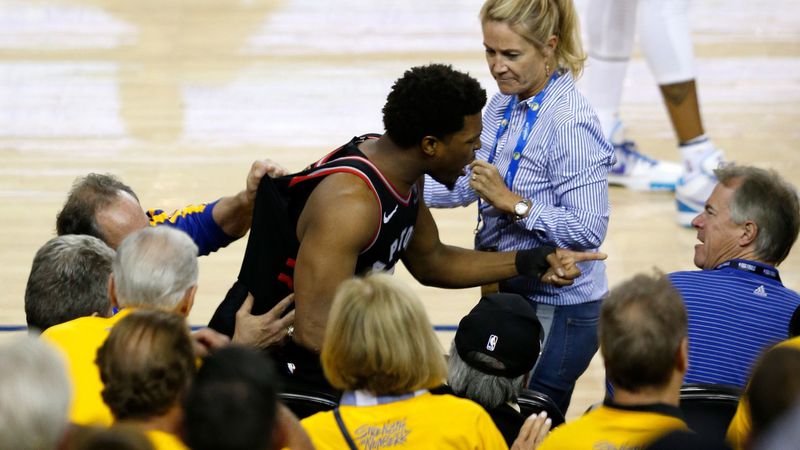 During the Toronto Raptors’ Game 3 victory over the Golden State Warriors in the NBA Finals on Wednesday night, Raptors guard Kyle Lowry was pushed by a part owner of the Warriors.

After the incident, former Cleveland Cavaliers forward LeBron James took to Instragram to deliver a stinging criticism of that individual, Mark Stevens.

?There’s absolutely no place in our BEAUTIFUL game for that AT ALL. There’s so many issues here. When you sit courtside you absolutely know what comes with being on the floor and if you don’t know it’s on the back on the ticket itself that states the guidelines. But he himself being a fan but more importantly PART-OWNER of the Warriors knew exactly what he was doing which was so uncalled for. He knew the rules more than just the average person sitting watching the game courtside so for that Something needs to be done ASAP! A swift action for his actions. Just think to yourself, what if @kyle_lowry7 would have reacted and put his hands back on him. You guys would be going CRAZY!! Calling for him to damn near be put in jail let alone being suspended for the rest of the Finals all because he was protected himself. I’ve been quite throughout the whole NBA playoffs watching every game (haven’t missed one) but after I saw what I saw last night, took time to let it manifest into my thinking ? I couldn’t and wouldn’t be quiet on this! #ProtectThePlayers #PrivilegeAintWelcomeHere

The play in question took place during the fourth quarter of the Raptors’ 123-109 victory as Lowry attempted to save a ball heading out of bounds. After landing in the lap of one fan, he was then shoved by Stevens, who Lowry said also directed foul language toward him.

Stevens was quickly ejected from the arena, with the Warriors announcing on Thursday that he would not attend any more finals games:

“Mr. Stevens’ behavior last night did not reflect the high standards that we hope to exemplify as an organization. We’re extremely disappointed in his actions and, along with Mr. Stevens, offer our sincere apology to Kyle Lowry and the Toronto Raptors organization for this unfortunate misconduct. There is no place for such interaction between fans — or anyone — and players at an NBA game.”

It seems likely that the NBA will also issue some sort of punishment for the action, though it won’t go as far as Lowry suggested after the game:

“The fans have a place; we love our fans. But fans like that shouldn’t be allowed to be in there, because it’s not right. I can’t do nothing to protect myself. But the league does a good job, and hopefully they ban him from all NBA games forever.”

Prior to this year, James had battled against the Warriors in each of the four previous finals. In 2016, he earned Finals MVP honors for leading the Cavaliers to a historic comeback, with the team becoming the first ever to win a title after trailing 3-1 in the finals.