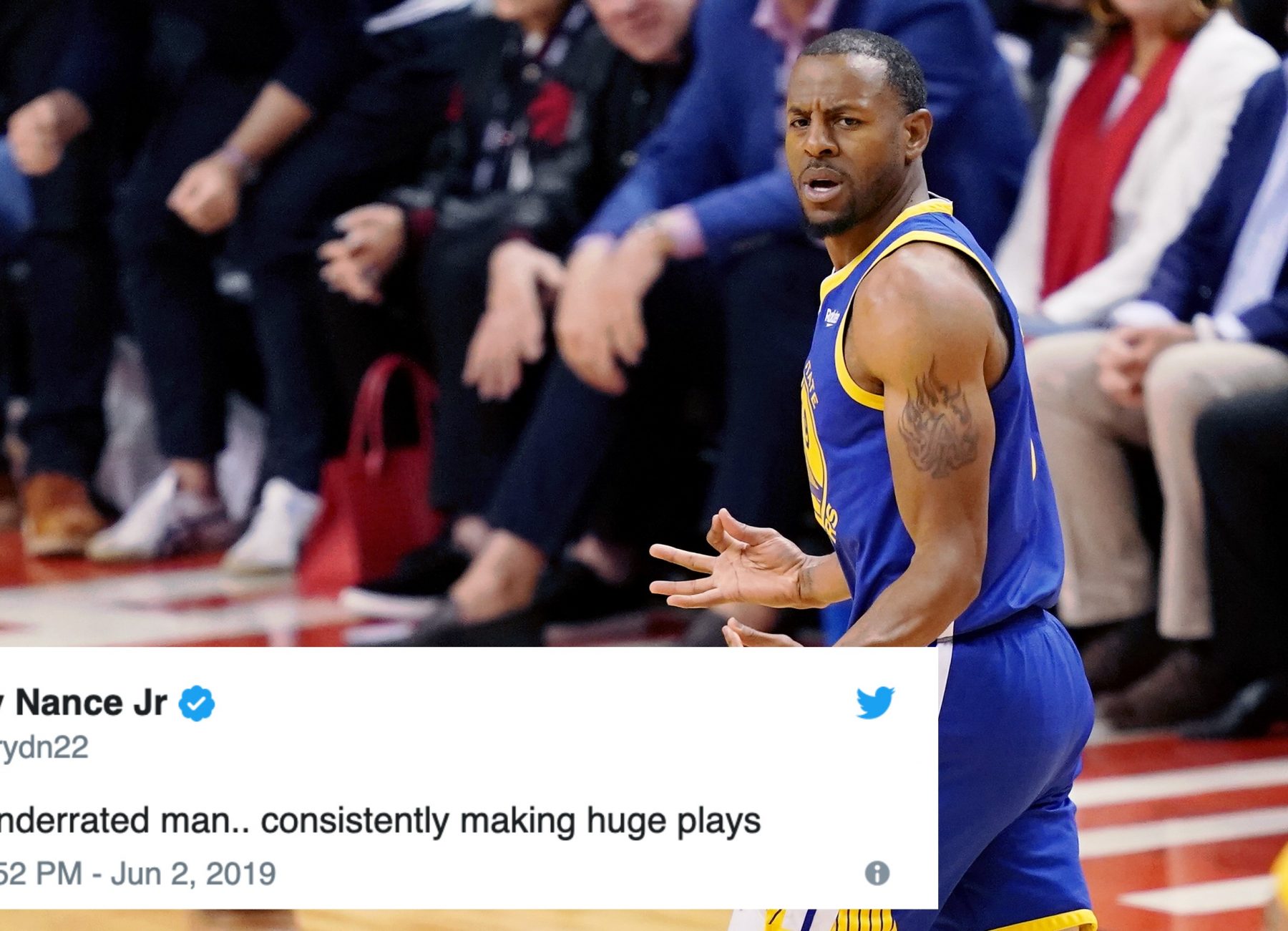 Game 2 of the 2019 NBA Finals was a tight affair that was clinched by a three-point shot from Golden State Warriors veteran Andre Iguodala.

In their matchup against the Toronto Raptors, the Warriors took advantage of a strong third quarter to take control of the game. However, a late surge by the Raptors sliced the margin to just two points after Danny Green drilled a 3-pointer with 26.9 seconds remaining.

Iguodala then connected on his dagger shot with seven seconds to play to put his squad up, 109-104.

The victory evens the series at one game apiece, with the scene now shifting to the Warriors’ home court, Oracle Arena.

Last season, Nance and his Cavaliers teammates were the Warriors’ opponents in the Finals, but failed to come away with a single victory in a four-game sweep. A few weeks later, LeBron James left in free agency, commencing a rebuilding project for the Cavs.

The Warriors are playing in their fifth consecutive Finals, with those first four matchups all against the Cavs. When the Warriors won the title four years ago, Iguodala was named NBA Finals MVP, finishing the six-game triumph with averages of 16.3 points, 5.8 rebounds, 4.0 assists and 1.3 assists per game.

One year later, Iguodala unwittingly became a part of one of the most iconic moments in both Cavaliers and NBA history. That’s because his layup attempt in the final minutes of Game 7 of the Finals was swatted away by James.