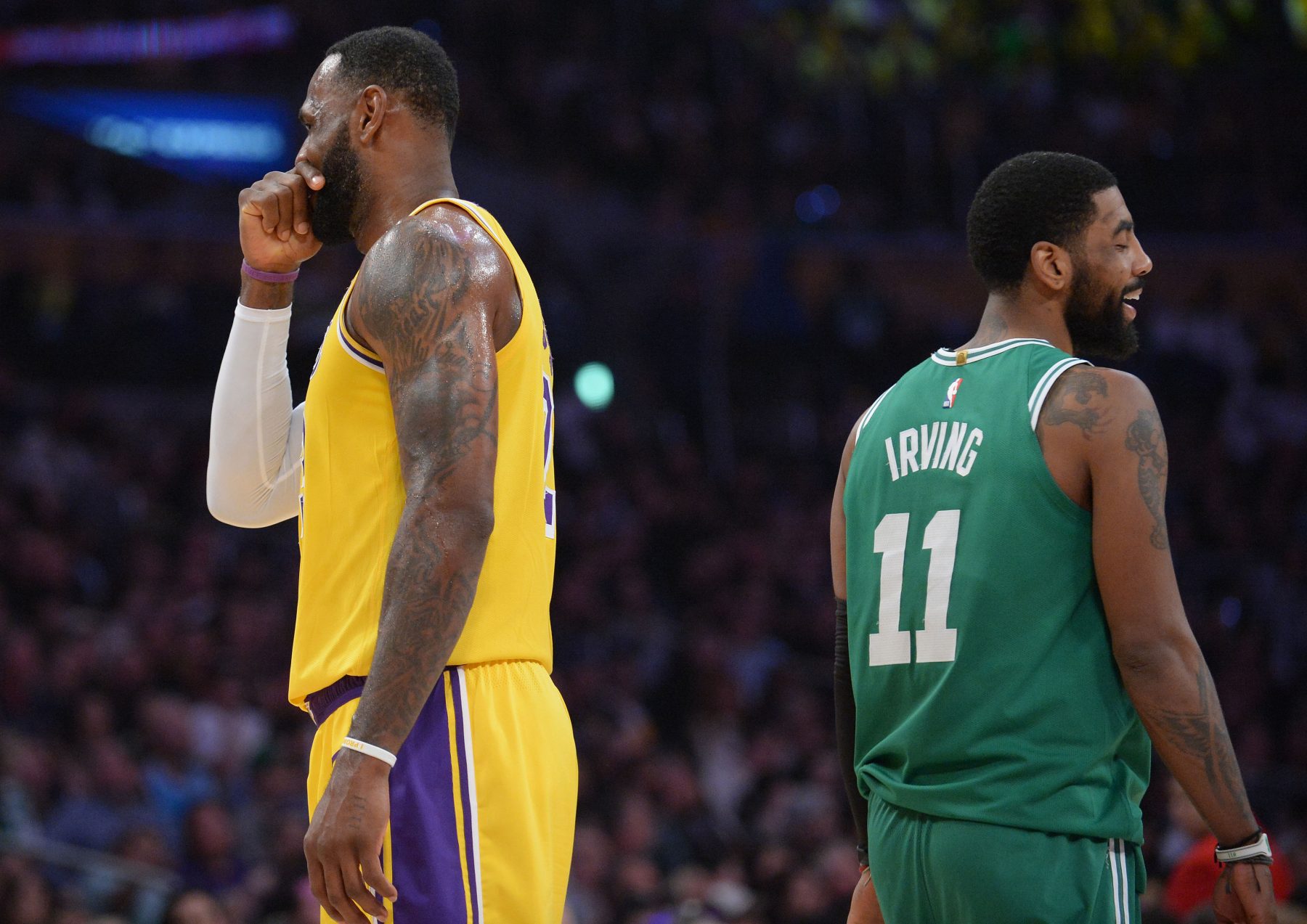 This season will mark the first time in five years that the Cleveland Cavaliers will not be competing in the NBA Finals.

Much of that previous success was thanks to the efforts of former stars LeBron James and Kyrie Irving. A big reason why the Cavs are not facing off against the Golden State Warriors for a fifth straight time is thanks to their desires to continue their NBA careers elsewhere.

On Thursday, one NBA insider slammed both All-Stars for leaving the Cavs and valuing personal goals over team success.

LeBron James and Kyrie Irving will forever be remembered for being on a team that could be back in the Finals this year but deciding playing for championships wasn’t what was most important.

It’s hard not to see where he is coming from. James and Irving formed what was considered to be one of the most formidable one-two punches in the NBA.

That success wasn’t enough for Irving, who requested a trade in the 2017 offseason.

James wasn’t far behind. He signed with the Los Angeles Lakers last summer, ending his second tenure with his hometown team.

Now, both Irving and James will be watching the NBA Finals at home.

Irving’s Boston Celtics lost to the Milwaukee Bucks in embarrassing fashion in the second round of the Eastern Conference playoffs.

James’ Los Angeles Lakers missed the postseason entirely and have become known much more for the drama the team creates off the court rather than on it.

As for the Cavs, they’re looking to rebuild entirely. A strong 2019 NBA Draft next month could be the next big step they take to find success in the league without their former stars.