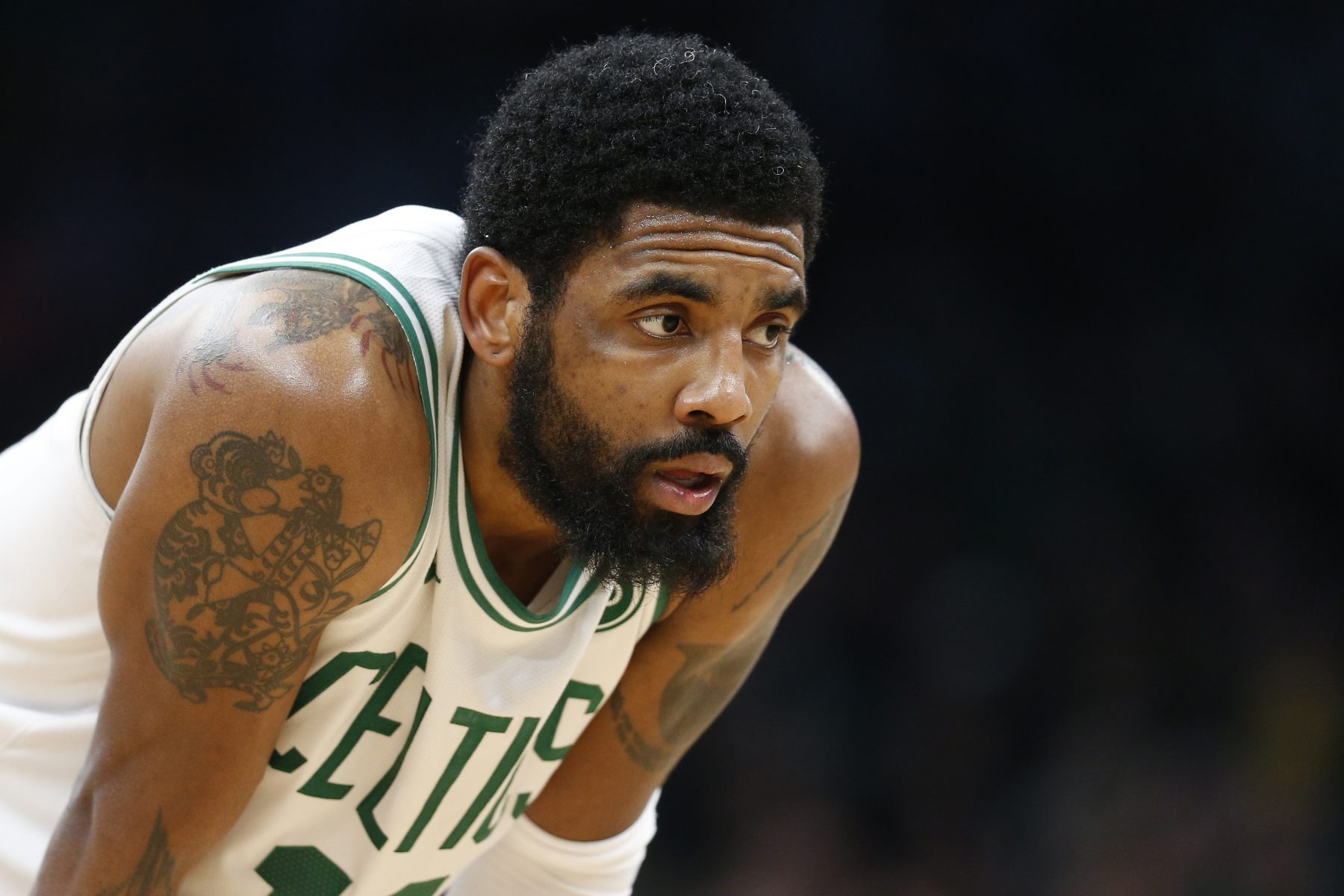 The status of Boston Celtics point guard Kyrie Irving is uncertain as he gets set to enter free agency in July.

The man who used to sign Irving’s paychecks, Cleveland Cavaliers owner Dan Gilbert, stated that he believes the veteran will leave the Celtics to sign with another team.

Terry Pluto of Cleveland.com spoke with Gilbert, a chat in which the owner also indicated that the Cavaliers received major benefits from dealing Irving:

“I don’t know, but I think Kyrie will leave Boston. We could have ended up with nothing. Looking back after all the moves Koby [Altman] made, we killed it in that trade.”

Irving stunned the team in July 2017 when he asked to be traded, a wish that was granted the following month when he was traded to the Celtics.

In February 2018, Thomas and Crowder were part of separate trades that helped acquire Larry Nance Jr., Jordan Clarkson and Rodney Hood. Three months ago, Hood was sent to Portland in exchange for two players and two future draft picks.

Irving still had two years to go on his contract when the Cavaliers traded him, but Gilbert indicated that the opportunity to obtain top talent in return was diminishing:

“It becomes a melting snowball. We had to trade him when we did. What team would want Kyrie with only one year on his contract knowing he could leave after the season? You won’t get much back (under those circumstances).”

Another factor in Gilbert making the move was the fact that Irving’s agent brought up likely health issues concerning the veteran’s knee:

“The agent was telling us, if we don’t trade him, there is some surgery he is on the borderline of having on his knee. It was possible he could be out for most of the year. It turned out to be true.”

Irving ended up missing all of the 2017-18 postseason for the Celtics, who lost to the Cavaliers in the Eastern Conference finals in seven games. That subsequent offseason of rehabilitation would have likely limited the chances of the Cavs to acquire some top talent in return.

While Irving had indicated last fall that he’d sign a contract extension with the Celtics, he’s since backed away from that pledge.

If he doesn’t re-sign, there’s some uncertainty exactly where he’ll end up, with some teams questioning whether his conflicts with past teammates will cause problems down the road.

The only thing that seems quite certain is that he won’t be signing with the Cavaliers.