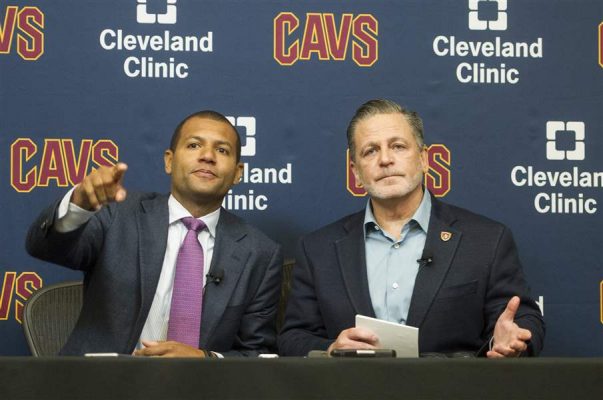 The Cleveland Cavaliers took steps on Saturday to intensify their search for a new head coach by having key members of the team’s front office fly to Denver to interview four candidates, three of whom are currently serving as assistants for either the Denver Nuggets or Portland Trail Blazers.

Those two teams will play Game 7 of their second-round playoff series on Sunday.

In addition, they also interviewed Steve Hetzel, an assistant with the Orlando Magic, and received permission to interview another Trail Blazers assistant, Nate Tibbetts. In the latter case, scheduling conflicts prevented a Tibbetts interview.

Since the Cavaliers and former head coach Larry Drew agreed to part ways last month, the team has conducted a number of different interviews with assistant coaches around the league. No specific time frame was given as to when any final decision will be made, though the Cavaliers would no doubt want to make sure they choose the right candidate after having gone through five different coaches in the past seven seasons.