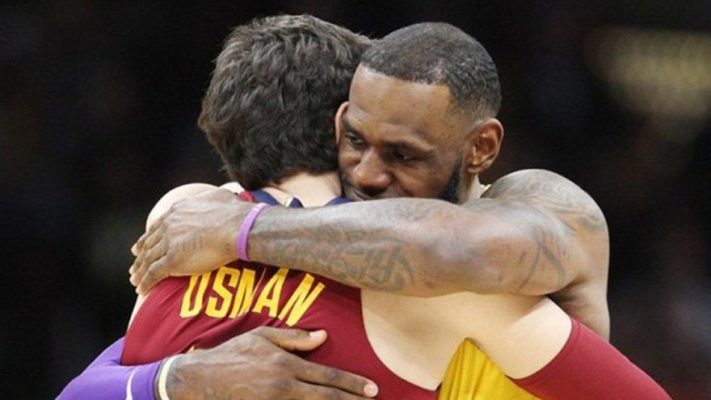 Cleveland Cavaliers forward Cedi Osman played with former teammate LeBron James for just one season, trying to absorb as much as he could from one of the greatest basketball players ever.

Yet, despite the fact that James now plays for the Los Angeles Lakers, Osman said in a new interview that the two remain in contact, with Osman sharing the legend’s tireless work ethic.

A native of Turkey, Osman offered insight about his relationship with James during an interview that was posted on a Turkish YouTube channel:

“We have a really good relationship. Of course I don’t want to bore him, I don’t message him everyday or anything because he is busy all the time. I ask him how he is doing, how the season is going and whatnot. I text him whenever I feel down and he always answers back.”

Osman also spoke about his similarities to James and how the latter’s approach to the game set the standard among his teammates:

“I think we got on really well because of our energy. He is a high energy guy as well. Every morning at 8 a.m. he would come and say ‘Why are you guys sleeping? Come on guys, etc.'”

The willingness of Osman to follow James’ leadership, regardless of his own level of fatigue, also allowed for their friendship to blossom:

“I was doing weightlifting. When I was done, I didn’t feel my arms, so I sat down. He was doing shooting practice. He came and said ‘Why are you sitting? Come on, do some free throws.’ So you see he always pushes you to work and I always listened. I think we really got on because of that.”

Osman’s second NBA season, his first without James as his teammate, saw his statistical numbers improve across the board. In 76 games, all but one in a starting capacity, he averaged 13.0 points, 4.7 rebounds and 2.6 assists.

However, the Cavaliers without James in the lineup collapsed, going from an NBA Finals appearance to a 19-63 record. Osman’s consistency this past season was sometimes shaky, which is part of the 24-year-old’s continuing development.

Given the close relationship between Osman and James, it appears likely that the two will train together at some point during their offseason. That can only enhance Osman’s continuing development and help the Cavaliers during their rebuilding process.