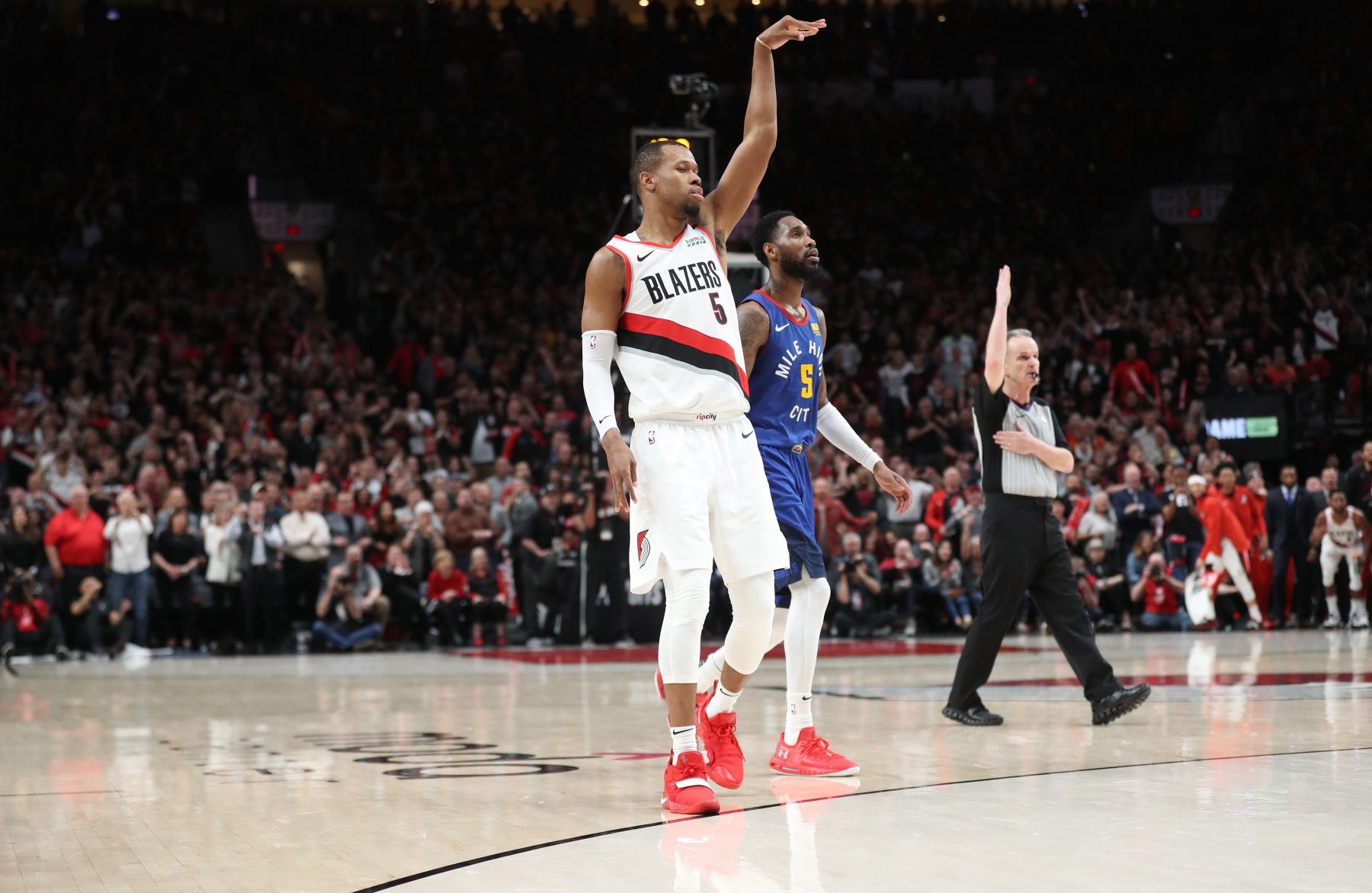 Jordan Clarkson and Rodney Hood were only teammates with the Cleveland Cavaliers for one year, yet it’s clear that they connected during that brief period of time.

That’s because despite Hood having been dealt to the Portland Trail Blazers in February, Clarkson took the time to succinctly acknowledge a clutch playoff performance by his former teammate on Friday night.

In a four-overtime classic, Hood’s Trail Blazers outlasted the Denver Nuggets, 140-137, with Hood’s overall numbers of 19 points, two rebounds and an assist not giving a complete picture of his contributions. That’s because he scored seven of the Trail Blazers’ last nine points and connected on a 3-pointer with 18.6 seconds left to give his team a 138-136 advantage.

The victory now gives the Trail Blazers a 2-1 lead in the best-of-seven series.

The heroics from the 26-year-old Hood were a far cry from his postseason efforts last year with the Cavaliers. He began the playoffs as a starter, but continued inconsistency resulted in a sharp drop in playing time. Frustration then seeped in during the clinching Game 4 of the second round against Toronto when he refused an opportunity to enter the contest.

While Hood did offer a glimpse of his potential during the last two games of the 2018 Finals, the Cavaliers began an extensive rebuilding program this past season. That, coupled with the fact that Hood will be an unrestricted free agent at the end of the 2018-19 campaign, made him very available. The end result was that he was sent to Portland in exchange for Nik Stauskas, point guard Wade Baldwin and two future second-round picks.

Clarkson’s own contract status could make him a candidate to be traded before next February’s trade deadline. One earlier report indicated that if the Cavaliers are unable to reach a deal for a contract extension, he’s likely to be dealt in order to avoid the Cavs ending up with nothing in return.