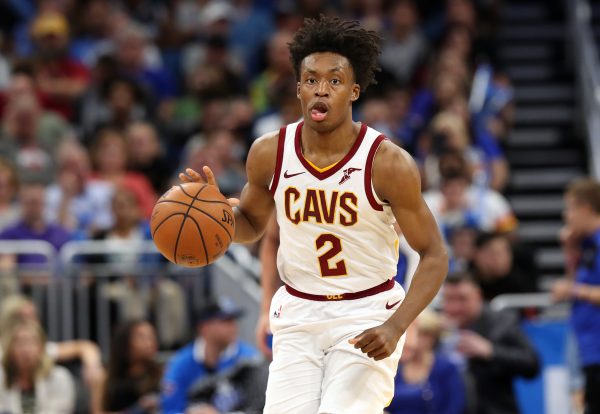 Recent social media comments offered by Cleveland Cavaliers owner Dan Gilbert were a clear show of support for rookie point guard Collin Sexton. Gilbert isn’t the only one to notice the huge improvements Sexton has made as of late.

Remember those noisemakers (and beat writers) attacking the young teenager (at the time) during his first few weeks in the NBA? Couldn’t be more proud of Collin. He grinds daily. Character, presence and talent. Kid is the real deal… https://t.co/XfrUeI161F

In offering his thanks for Gilbert’s message, Sexton indicated that they serve as motivation for the future:

“It means a lot. It just means that he sees my hard work that I put in each and every day. He sees what I bring to the team and how I’m ready to work every day. It means a lot, makes you want to keep going, keep working and keep striving to be (great).”

Having turned just 20 years of age in January, Sexton is still developing his overall game and has endured struggles like every rookie has. One area in which he’s trying to improve is his playmaking, with Cavs head coach Larry Drew describing him as a “score-first point guard.”

While that might be seen as criticism by some, Sexton took a more positive tack:

“I’m OK with it. But when it’s time for me to get into facilitating mode and I see Kevin (Love) and a few others haven’t touched the ball in a long time, have to make sure that I turn my scoring off and make sure I get them involved because we go as far as Kevin takes us. If Kevin is scoring then they have to play him and it opens up so much for everybody else.”

“There’s nothing wrong with that. There’s only three or four pass-first guards in this league. For us it’s adjusting to that. For me, I played with a lot of pass-first guards and I don’t think there’s anything wrong with that. What (Collin) needs to do is understand that he is going to get around 20 shots a game. So listen, you don’t need to get all 20 in the first quarter, big fella.

“At the beginning, get your teammates involved and it’s going to make your job easier. If everyone’s focused on you, five people can guard one. If he’s guarded one-on-one, he’s pretty dang good. Just learning and evolving. At Alabama, ‘Here’s the ball, go win us the game.’ High school, ‘Here’s the ball, go win us the game.’ Now it’s like you’ve got some All-Stars, you’ve got some really good players. You’ve got to get them involved early, you’ve got to feed ‘em a little bit. Give ‘em a slice of the burger.”

Sexton knows that many more steps lie ahead:

“I evaluate myself pretty tough. I’m my hardest critic because I know what I can do and I strive to be as perfect as I can be even though I know it’s not possible. I just try to do my best each and every game. I feel like I’ve gotten better in every aspect. Just have to continue to work, continue to watch film and learn each and every day.”

The first step toward that continued improvement will come on Monday night when the Cavaliers host the Detroit Pistons.