Lakers Fans Think LeBron James Should Be Back With Cavs 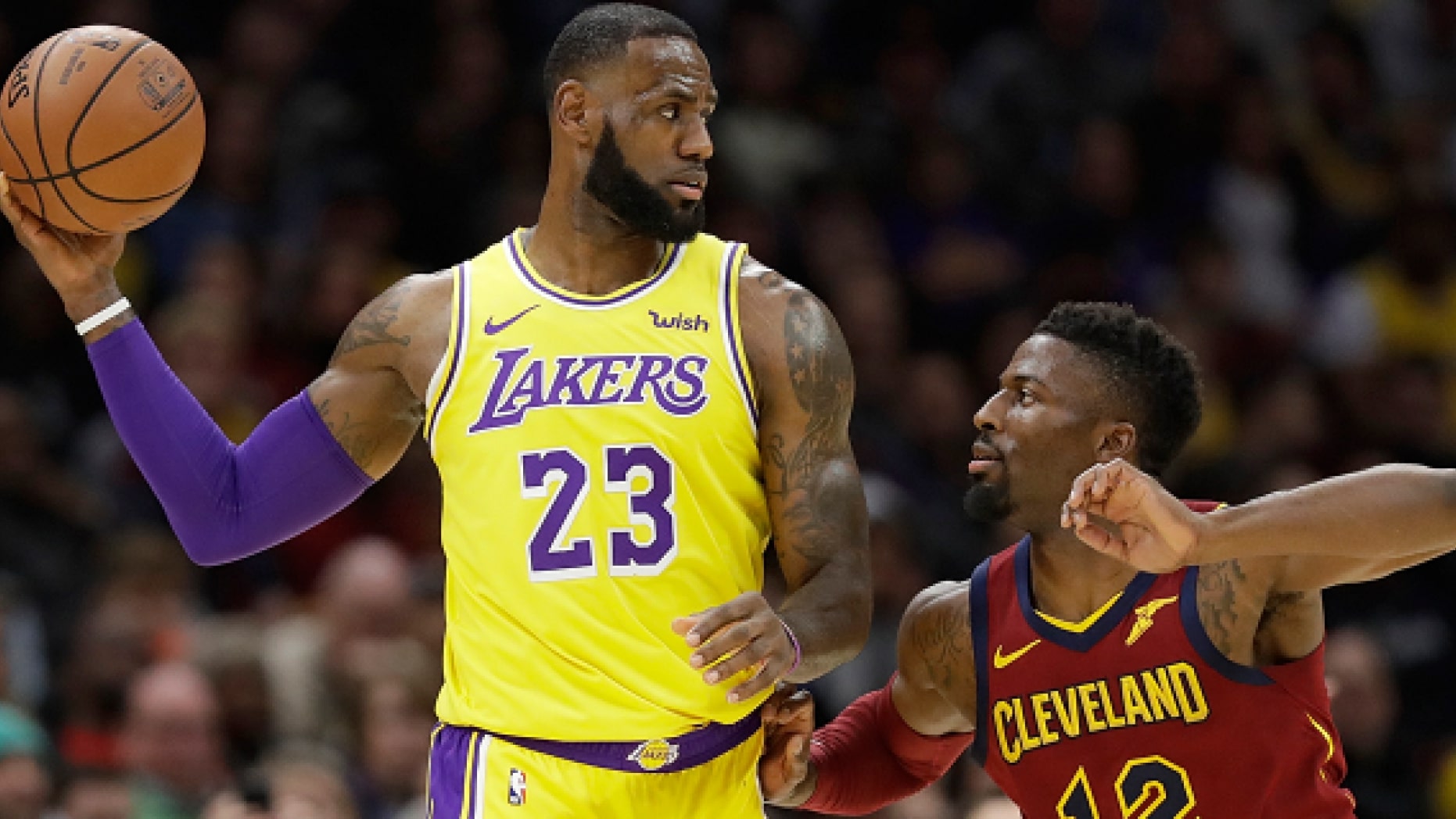 When LeBron James left to play for the Los Angeles Lakers last July, the move sent the Cleveland Cavaliers into rebuilding mode.

However, with James’ first season as a Laker almost certainly ending outside the playoff picture, one Los Angeles Times columnist believes that frustrated Laker fans think he should be back with the Cavaliers.

Bill Plaschke appeared on a Cleveland sports radio talk show on Thursday and indicated that James’ accomplishment of passing Michael Jordan on the NBA’s career scoring list wasn’t fully embraced by the Los Angeles-based crowd. He explained one reason for the lukewarm reception:

“He’s never really done anything to outreach, to embrace the L.A. fan to become part of the Lakers, part of the fabric.”

Plaschke noted that earlier in the game, James was booed by those fans after missing four free throws. In addition, the standing ovation that James received lacked any real emotion, with Plaschke indicating that James never acknowledged the fans’ reception.

“He was treated like a visiting player here and that’s a shame,” Plaschke said.

Once the game was over, Plaschke said that James spoke of how he grew up in Akron, Ohio idolizing Jordan. The reference to James’ hometown apparently meant nothing to Southern California media, which Plaschke noted would not have been the case had James still been a member of the Cavaliers.

Plaschke also indicated another reason why Lakers haven’t taken to James like fans of Cavaliers did is due to off-the-court concerns:

“He’s here to do movies, to do his talk shows, to do his music. He’s here for that and basketball doesn’t seem to be his focus right now.”

The disappointing season of the Lakers likely means the dismissal of head coach Luke Walton. Plaschke said that blame will point in James’ direction:

“Luke’s gonna get fired, probably within 24 hours at the end of the season, and the fans, that’s gonna put more pressure on LeBron, because the fans are gonna put it on Lebron and it’s true, LeBron wants his own guy. He’s gonna bring in Ty Lue, who’s a former Laker, but people view him as a LeBron lackey.”

James signed a four-year contract with the Lakers, though the fourth season is a player option. Depending on what transpires over the next two seasons, the fortunes of the Lakers and James’ efforts to bring them a title could determine if he plays that final season in Los Angeles or looks to play elsewhere.