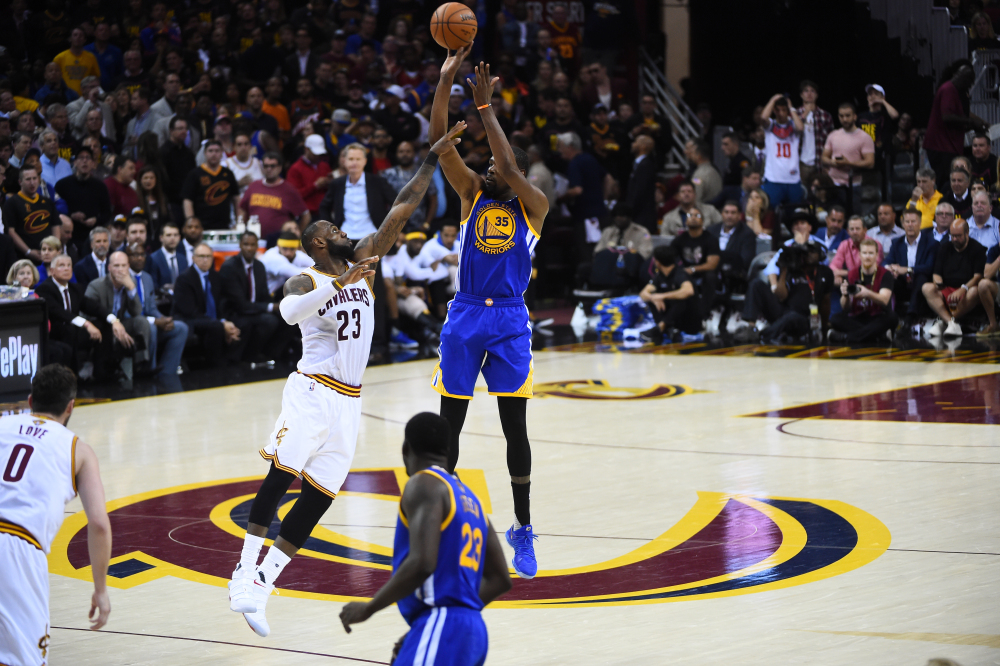 Ask anyone with a vested interest in the NBA who the league’s best player is and the answers will be different for the most part.

For nearly a decade now, former Cleveland Cavaliers star LeBron James has been foremost in the minds of many as the best player in the world. But don’t tell that to Kevin Durant.

According to a report from The Athletic’s Ethan Strauss, the Golden State Warriors forward believes he catapulted to the head of the NBA’s pecking order after outplaying his four-time MVP counterpart in the Finals:

“Some teammates believe that his biggest successes are indivisible from what currently ails. Or moreover, the reception of such successes. Sources say that Durant believed his besting of LeBron James in the 2017 Finals would get him hailed as the game’s top player, a mantle he’s craved for some time. While LeBron averaged a 33.6 point-per-game triple-double in that Finals, Durant was superior defensively and hit the series’ biggest shot right in the King’s face.”

At the end of that series, Durant nabbed the NBA Finals Most Valuable Player Award which he rightfully deserved. His clutch shot from beyond the arc in the final minute of Game 3 with his team leading in the Finals series gave the Warriors a commanding 3-0 lead.

With a championship trophy in one hand and Finals MVP trophy in the other, it’s no wonder that Durant feels this way. Whether the media, his peers or the rest of the league agrees is another matter. As Strauss noted in his piece, the two-time Finals MVP is tired of playing second fiddle to James dating all the way back to 2013.