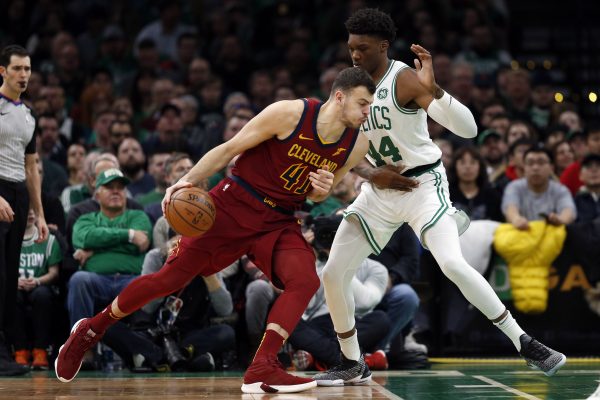 The NBA career of Cleveland Cavaliers center Ante Zizac has been limited. However, with the depleted Cavaliers set to face the Boston Celtics on Tuesday night, Zizic is getting tips on how to handle the Celtics’ Al Horford from injured teammate Tristan Thompson.

#Cavs Ante Zizic says he has been getting tips from Tristan Thompson on how to best neutralize Al Horford. Tristan has dominated Horford in the past.

It was only last May when Thompson played an unsung role in helping the Cavaliers defeat the Celtics in a seven-game Eastern Conference Finals series. He was able to neutralize Horford’s presence on the court, which limited the veteran’s effectiveness.

Thompson last played on Jan. 16 at Portland and Larry Nance Jr. only recently returned to the lineup after missing eight games. That’s meant extended minutes for Zizic, who was part of the trade package the Cavs received in exchange for Kyrie Irving in August 2017.

The 11-42 Cavaliers won’t have to face Irving, who’s sitting out the contest. Still, the team’s string of injuries continued in Saturday night’s loss to Dallas, when forward Cedi Osman left the game with an injured ankle.