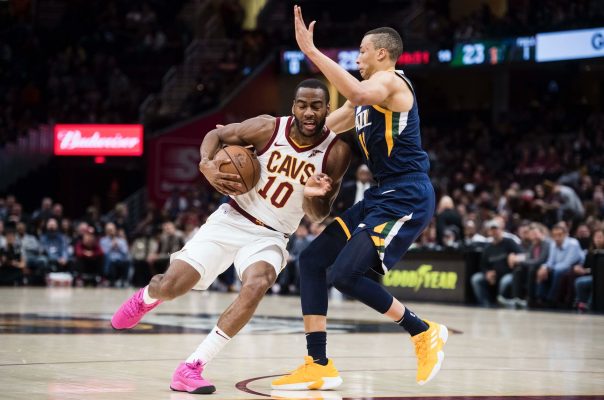 It’s that time of year again. With less than a month until the Feb. 7 trade deadline, teams are looking for every opportunity to fill gaps in their rotations or clear cap space for the summer.

Every team has players made available during this time, and in the case of the Cleveland Cavaliers, one of those players is Alec Burks.

According to Chris Fedor of Cleveland.com, the most likely player to be traded before the deadline is Burks.

“With him, it’s not a matter of if but when,” wrote Fedor. “The Cavs got calls about him immediately after the Kyle Korver swap.”

Burks increased his output after coming over to Cleveland in late November and has averaged 11.9 points, 4.9 rebounds, and 2.7 assists thus far. He has even upped his three-point shooting to nearly 40 percent.

While his career averages won’t blow anyone away, there are plenty of teams that could use a guard like Burks to help space the floor and keep defenses honest around the perimeter.

If Fedor’s sources are any indication, the 27-year-old Burks won’t be in a Wine and Gold uniform for much longer.