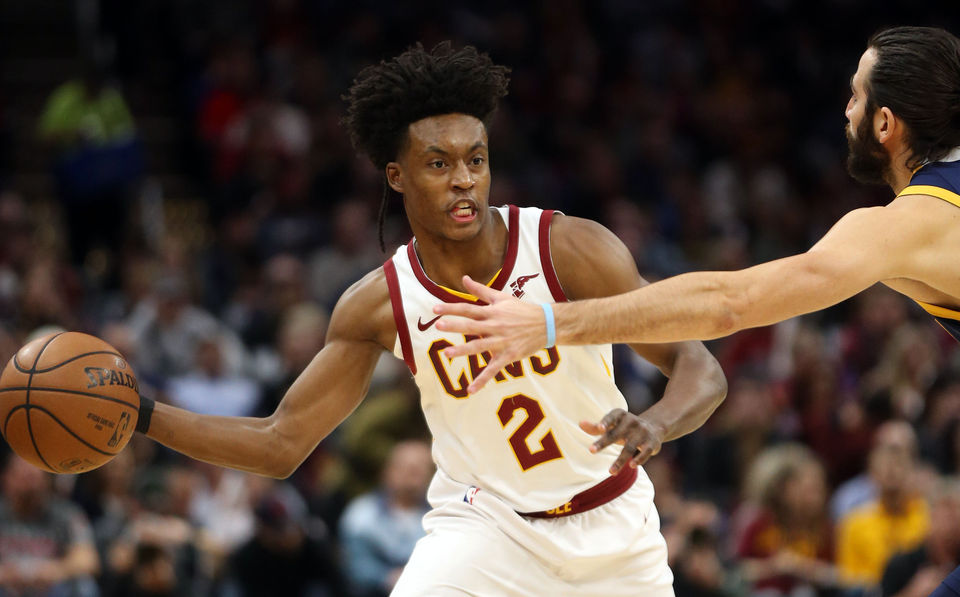 After the Cleveland Cavaliers lost their eighth straight game on Friday night, a team meeting was held that included the 8-31 squad’s coaching staff. The spirited discussion came in the wake of a second-half collapse in the 117-91 loss to the Utah Jazz.

The Cavaliers had headed into halftime with a 49-48 lead, but then watched the Jazz dismantle them during the final two quarters by outscoring them, 69-42. Cavs head coach Larry Drew gave an overview of the meeting, noting that the second-half collapses are a continuing problem:

“I don’t want to disclose what I said, but we did have a good discussion amongst the group. I really wanted to hear from them more than they heard from me. Just kind of get what they were thinking and looking at how we have been playing, particularly second halves.

“This has been a pattern. We can go back a few games and see where we’ve actually played some good halves, some very competitive halves, then we come out in the second half and we just completely lay an egg. I’ve got to get my finger on it.”

Drew did note that the current struggles can be fixed:

“I think so. I think they’re very correctable. I heard ’em loud and I hear ’em clear and I totally agree with a lot of the things that they were saying,” Drew said. “But sometimes those type meetings have to take place, especially when you’re in a slump. I’m glad they were very open and were not afraid to step on any toes. I thought it was good to hear from them. Now it’s just a matter of rolling up our sleeves and taking action and I will be committed to doing that.”

The Cavaliers’ issues on defense are the main cause for concern according to Larry Nance Jr.:

“I believe defense comes first. With everything. I believe it’s a defensive thing leading to offense. When they’re scoring, scoring, scoring, I mean, I don’t know how many times they scored in a row tonight, but it was a lot. That’s got to hurt. Right now, we are at a point where it’s not hurting us enough to make a change.”

Over the course of the losing streak, the Cavaliers have only outscored two teams after the break, which coincide with their most competitive games. The defensive woes that Nance pinpointed can be seen by the average of 61 points allowed by the Cavs in the second half of those contests.

Getting a sense of how the meeting went was something that Cavaliers center Tristan Thompson discussed after it broke up:

“I think it was constructive. I think guys were respectable and just gave their ideas and we were adults about it.

“It’s fine to talk about stuff behind closed doors and air stuff out. At the end of the day we spend more time with each other than our own family. So if we’re a family, then we gotta speak up.”

However, Thompson did note that maintaining focus on defense over the course of the game remains a flaw:

“We’ve just got to be honest with each other; don’t sugarcoat anything. We’ve just got to make improvements, we can’t go back in the wrong direction. We’ve got to go forward, we have to start picking it up. Towards the end of the season, we don’t want to leave the season just winning a few games. We’ve got to try and pick it up and win some more.”

Regardless of which concept is embraced, the Cavaliers are facing an ominous couple of weeks ahead. That’s because after their next two home games, they begin a six-game, 11-day road trip that will present even more challenges. Whether or not that leads to more team meetings remains to be seen.