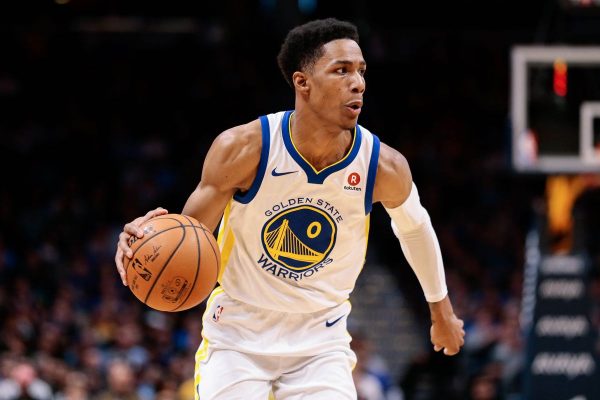 The decision that Kerr is referring to is whether or not the Warriors will match the Cavs’ two-year, $6 million offer sheet to retain the former second-round draft pick.

If the Warriors decide to let McCaw go, it stands to reason that he will enter the Cavs’ rotation once he is able to return to the court. He missed the last two months of the 2017-18 season due to a bone bruise in his lower back and has yet to take the court this season.

As the Cavs continue what has been a clear transitional year, playing in Cleveland could be a great opportunity for a player like McCaw who has the raw ability, but has yet to put it all together.

The Cavs will look for him to do just that if he does ultimately end up in the Wine and Gold.

cleveland cavaliersfeaturedGolden State Warriorsnews tickerPatrick McCawsteve kerr
← Previous Story Dwyane Wade Says He Wouldn’t Have Signed With Cavs If He Knew He Was Going to Be Traded
Next Story → J.R. Smith Gives G.O.A.T. Shoutout to LeBron James on His Birthday