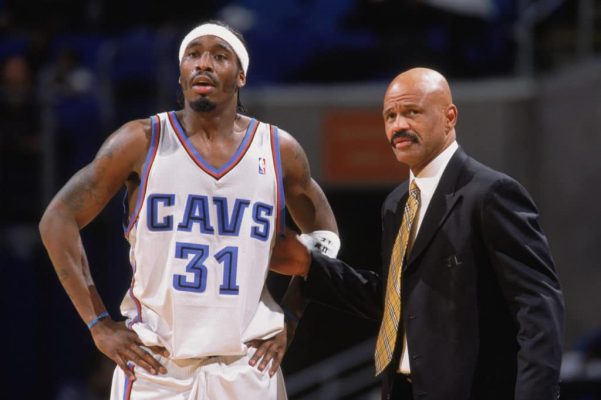 With the Cleveland Cavaliers currently in possession of a 7-23 record on the season, the issue of the team tanking in order to obtain a top draft pick has been a continuing subject of discussion. One former Cavaliers coach that was in a similar situation claims that his team’s success on the court led to criticism off of it.

Joe Vardon of The Athletic looked at the Cavaliers’ 2002-03 season, one in which they finished 17-65 while being coached for part of the season by former NBA star John Lucas. The team ultimately was awarded the top pick in that year’s NBA draft for that futility, which turned out to be LeBron James.

Lucas’ team began that season by splitting its first four games, the last being an 89-70 win over the defending NBA champion Los Angeles Lakers. Whether or not the alleged criticism followed is open for debate, but that early enthusiasm quickly faded when 15 straight losses followed.

In assessing that year’s roster, Lucas feels that tanking was the approach taken by the Cavaliers:

“You only win with veteran players. You don’t win with young players. You don’t win consistently. When you have Carlos Boozer and those other guys, they were good players but they weren’t superstars. Boozer got a great career out of this. Dajuan Wagner got sick, he was going to be a real player. Andre Miller, we traded him, who had an All-Star (caliber) year that year. They just weren’t ready then.”

Despite the struggles, Lucas made his claim that efforts to better the team’s record weren’t appreciated:

“I never was coaching for wins and losses. I love to coach, to coach. And so we got better. I remember getting in trouble for winning too many games as we got better, because what’s the difference of getting eighth or ninth if you can get the first pick with the most balls?”

In the midst of those competing visions, Lucas decided to focus simply on coaching.

“You don’t tell your team that,” Lucas said. “You coach your team and you let management do what they need to do.”

The Cavaliers had an 8-34 record on Jan. 20, 2003, when Lucas was fired and replaced by interim head coach Keith Smart. John Paxson was the Cavs’ general manager at the time who fired Lucas, but denies that the franchise was tanking the season:

“He didn’t get let go because we wanted to lose more games. Those are never easy decisions. I love Luke because when I sat down with him and told him we were letting him go, he said, ‘well, am I still going to get paid?’ And I go, ‘yeah.’ He goes, ‘thank you very much.’ But he was respectful about it and he understood. It was going to be a tough job for whoever had it that period he was there.”

Ironically, Lucas had been suspended for the first two games of that season and fined $250,000 because he had allowed James, who was still in high school at the time, to work out with the Cavaliers.

Entering the Cavaliers’ Tuesday night road game against Indiana, the team has the fourth-worst record in the NBA. Whether or not that eventually puts the Cavs in position to draft Duke University’s Zion Williamson remains to be seen, but the Cavs certainly appear to be following the blueprint from that disastrous season 16 years ago.