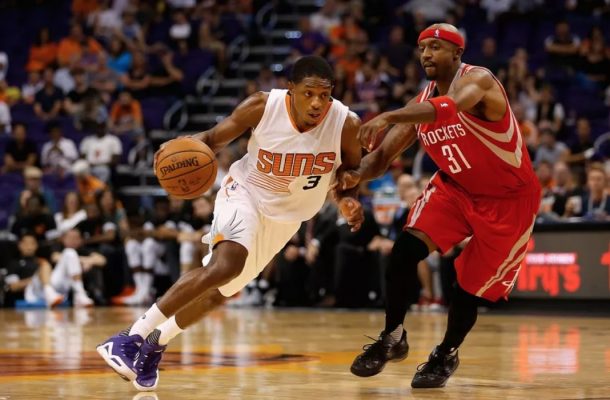 The Cleveland Cavaliers continue to search for a trading partner in order to unload disgruntled veteran J.R. Smith. One report suggests that the Cavaliers would be more than happy to accept veteran Houston Rockets guard Brandon Knight in exchange, even though they’d seemingly get little value from the transaction.

Sam Amico of Amico Hoops noted that the Cavaliers have gotten some interest in the 33-year-old Smith, who they’ve been seeking to deal for some time:

“With the Houston Rockets and New Orleans Pelicans showing interest, the Cavs are also hopeful of moving J.R. Smith soon. They will take back just about anyone at this point. The Rockets are supposedly looking to move point guard Brandon Knight, who probably won’t have a role there even when healthy. The Cavs would gladly take him as part of a trade for Smith.”

The 27-year-old Knight hasn’t played since February 2017 after tearing his ACL as a member of the Phoenix Suns and had knee surgery this past offseason that has thus far kept him off the court this year. He’s expected back soon, but as Amico notes, any role he might have with the Cavaliers would likely be limited.

In his seven seasons in the NBA, Knight has averaged 15.2 points, 4.3 assists and 3.3 rebounds per game. The Rockets acquired him back on Aug. 31. He’s in the fourth year of a five-year contract signed in 2015 that was worth $70 million. He’s being paid $14.6 million this year and is due $15.6 million next season, contract numbers that mirror what Smith is still owed.

Smith burned his bridges with the Cavaliers late last month after complaining that the team was tanking this season in order to obtain a top pick in the NBA draft. The Cavaliers indicated at that point that he would no longer play for them.