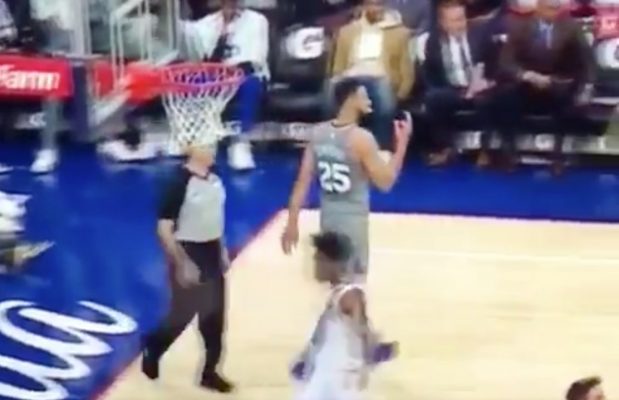 With 2.4 seconds left in the fourth quarter of the Cleveland Cavaliers’ game against the Philadelphia 76ers on Friday night, Tristan Thompson made a free throw and proceeded to taunt Sixers guard Ben Simmons.

Thompson made a waving gesture and seemed to point and say something towards Simmons.

However, Simmons did not take kindly to the taunt, and responded by giving the middle finger to Thompson.

Thompson tweeted about the incident after the game, appearing to playfully say that Simmons is his “bro.”

It should be noted that Simmons is reportedly dating television personality Kendall Jenner, who is the half-sister of Thompson’s romantic partner, Khloe Kardashian.