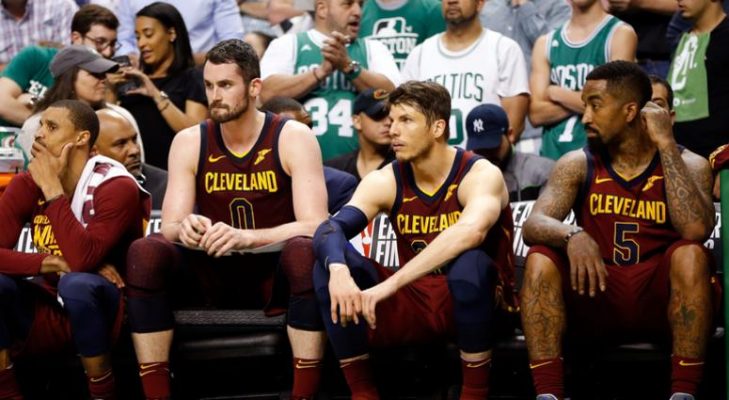 With the Cleveland Cavaliers barreling towards the worst record in the NBA, it’s wise for the team to consider dealing players and getting a high return for them if it can.

Although what that process looks like and who would be involved are yet to be determined, Cavs insider Chris Fedor gave his thoughts on the team’s most tradeable players:

“As of today, here’s what I believe to be the most likely order: Kyle Korver, George Hill, Rodney Hood, Love, Tristan Thompson and JR Smith.”

While most of these guys are still getting playing time, their usage would be better served on a squad competing for a championships. In fact, with Korver, Hill and Smith heading out of their primes, now might be the best time to ship one of them.

It’s no secret Smith, who is no longer actively with the Cavs, and 37-year-old Korver want to be on teams trying to make the postseason. Although the Cavs aimed to make the playoffs before the season started, the team has been abysmal as it has transitioned away from four-time MVP LeBron James. To make matters worse, the Cavs lost their best player, Kevin Love, to injury early in the season and have struggled acclimating their younger guys.

Still, a trade might actually pump some life into the Cavs’ season. Not only will it bring some more talent or future assets, but it will remove dissatisfied veterans. There’s no telling when the Cavs would pull a trigger on a potential deal; however, it’ clear the team needs a major makeover sooner rather than later.