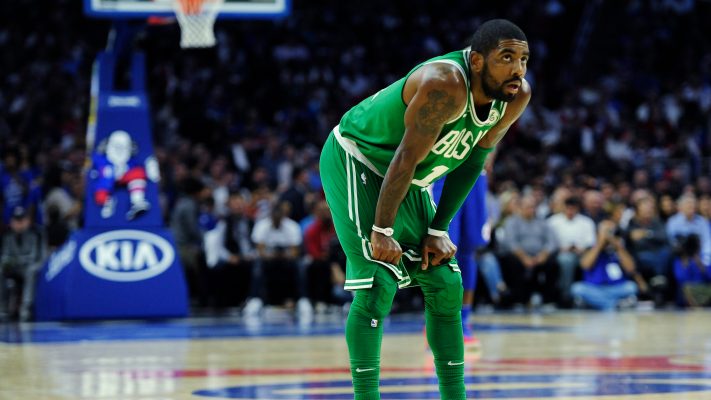 Kyrie Irving has made a concerted effort to move on from his six seasons with the Cleveland Cavaliers and continued that approach on Monday.

That was when he responded to former teammate LeBron James’ remark that Irving’s August 2017 trade to the Boston Celtics served as “the beginning of the end” for the Cavaliers’ run of success.

"I think I’m done commenting on anything in Cleveland or anything that would be disrespectful because I feel like, at this point, where I’m at in my career, is where I want to be." https://t.co/iThqO364i8

Irving first asked to be traded away from the Cavs in July 2017, reportedly indicating that he no longer wanted to play in the shadow of James. Despite those comments going public, James still fought hard to keep Irving on the Cavaliers.

That effort ultimately failed, though the Cavaliers were able to reach their fourth consecutive NBA Finals last June despite Irving no longer being a part of the team’s starting lineup. However, James left in free agency in July, leading to the Cavaliers’ brutal start to the 2018-19 season.

The attitude of Irving is similar to the way he’s previously revisited his time with the Cavaliers, largely treating those years as past history. In addition, the eight-year veteran has subsequently taken shots at the Cavaliers organization, the team’s former head coach Tyronn Lue, and even the city of Cleveland itself.

Despite his desire to move past his time in a Cavaliers uniform, Irving will always have an indelible spot in the team’s history. That’s because it was his iconic 3-pointer in Game 7 of the 2016 Finals that gave the franchise their first-ever NBA title. A moment such as that will be hard to forget.