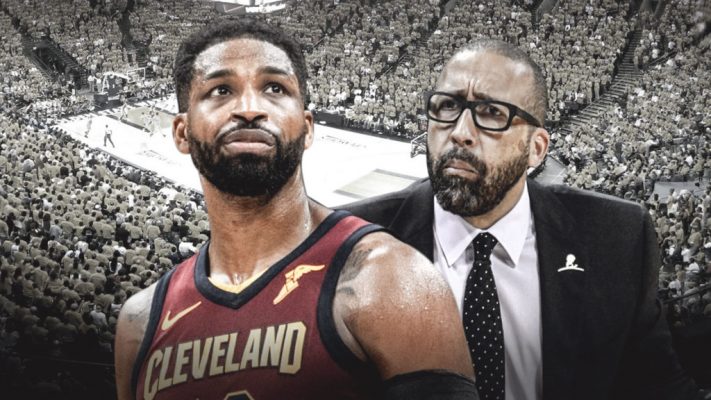 Back in 2014, current New York Knicks head coach David Fizdale fully expected LeBron James to eventually leave the Cleveland Cavaliers. That belief was in the midst of all the fanfare that surrounded James’ return at the time.

Fizdale, who was a Miami Heat assistant at the time, indicated that likelihood to Cavs center Tristan Thompson. The occasion was the wedding of former Cavs assistant coach Jamahl Mosley.

“Once he leaves,” Fizdale told Thompson, “you’ve got to show everyone what he’s taught you.”

One of the reasons that Fizdale was able offer that sort of insight was because of the close connection he established with James. Fizdale was an assistant during all four of the veteran’s four years with Miami. During that period, the Heat reached the NBA Finals each year and captured league titles in both 2012 and 2013.

Last year, the possibility of James leaving the Cavaliers for a second time was a continuing storyline that often overshadowed the team’s play on the court. Various potential destinations were offered, but James offered no hints as to his intentions.

However, James wasted no time in making that decision by announcing on the first day of free agency that he was signing with the Los Angeles Lakers. The impact of that departure is currently being felt by the Cavaliers, who have dropped 12 of their first 14 games.

Fizdale is also having some early struggles in his first year as Knicks head coach. The team sports a 4-11 record, though their struggles in recent years were a clear indication that he wouldn’t enjoy immediate success.